Feet haven't touched the ground yet, says Limerick person of the month Sinead 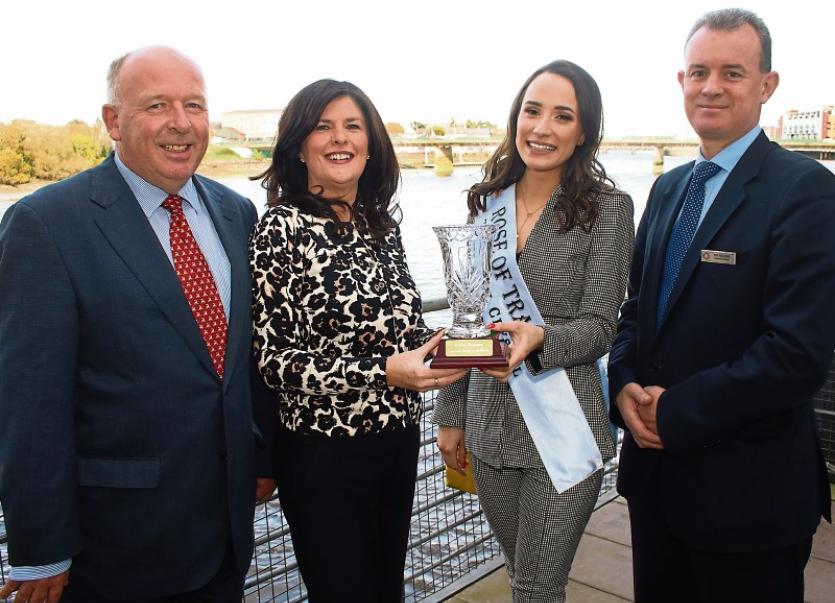 THE INTERNATIONAL Rose of Tralee has been awarded Limerick Person of the Month status for her role in representing Limerick in the annual festival.

Adare native Sinéad Flanagan has another prestigious title to add to her collection and said she is “hugely honoured” to be considered for the award.

“It’s a fantastic honour to be recognised where you come from in your own city and county,” she said, “so I’m hugely honoured to be given this accolade.”

The 28-year-old junior doctor was crowned as this year’s Rose of Tralee in August and said she has had a busy couple of months since.

“It’s been a total whirlwind, I don’t think my feet have touched the ground yet,” she laughed, “but over the last couple of weeks it’s been great to get involved in national and local events to promote both Limerick and festivals around the country, so it’s been great.

Though a now nationally-recognised figure, Sinéad has enjoyed being based at home in Limerick since being crowned.

“So far it’s been between Limerick and the rest of the country, but next year now it should be predominantly Limerick which is brilliant too,” she added, “it’s a nice balance between home and away.”

Sinéad is set to make an international trip later next month when she embarks on a visit to Kolkata with the Hope Foundation as an ambassador to see and help out with the work they do.

Sinead will also pay a visit to children in Vesnova, Chernobyl in February, along with fellow Roses and escorts.

“It will be an amazing honour to see the work Adi Roche has done, I’m excited for it,” said Sinéad, who said she would love to return to work in University Hospital Cork after her Rose duties finish up.

Sinéad qualified as a physiotherapist at University of Limerick before studying Medicine in University College Cork, completing eight years of study between the two universities.

“It’s very important to me that I go back after spending so much time in college for it,” she previously told the Limerick Leader about returning to work.

The changes in the competition, according to organisers, would see half of the regions showcasing a Rose each year, and have been made to “ensure that every Rose enjoys the ultimate positive experience”. Roses representing Kerry, Cork, and Dublin will continue to be selected every year

Sinéad shares the Limerick Person of the Month title with fellow College Comprehensive past-pupil and Love Island winner Greg O’Shea, whom she was three years ahead of during their studies.

Fourteen-year-old climate change activist Saoirse Exton was also presented with the award earlier this month much to Sinéad's delight, who said: “Girl power for sure - the Rose of Tralee is all about that!