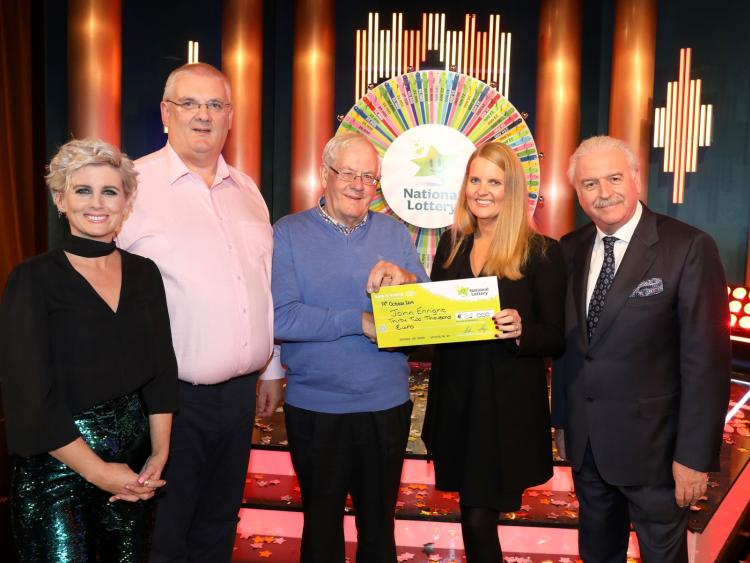 A LIMERICK man won €32,000 for his father on the popular RTE TV show Winning Streak at the weekend.

Standing in for his father John Enright from Bruff, Brian Enright, who is a publican in Fermoy, County Cork, definitely brought home the goods last Saturday night.

The scratch card that got John on the show was a present he received for his 80th birthday three weeks ago.

Brian said he was absolutely thrilled for his dad when he learned his name was pulled out to appear on the show and drove home to Bruff the following day to see his parents John and Mary, who have been married for 60 years.

John immediately asked Brian to go in his place, something which Brian was more than happy to do.

Brian runs a bar of his own in Fermoy called the Cross Barr, which was packed with supporters watching RTE One that evening.

They were happy to see Brian win his dad €32,000 while John watched on from studio audience in RTÉ alongside Mary and other members of family.

Also cheering Brian was his own wife of 27 years, Siobhan and two of their three children, Conor and Kate. His other son Barry was watching from his home in Nenagh, in Tipperary.

In addition, Kevin Byrnes from Castleconnell was last week's winner of the weekly Winning Streak scratch card, which includes cash prizes of up to €5,000.