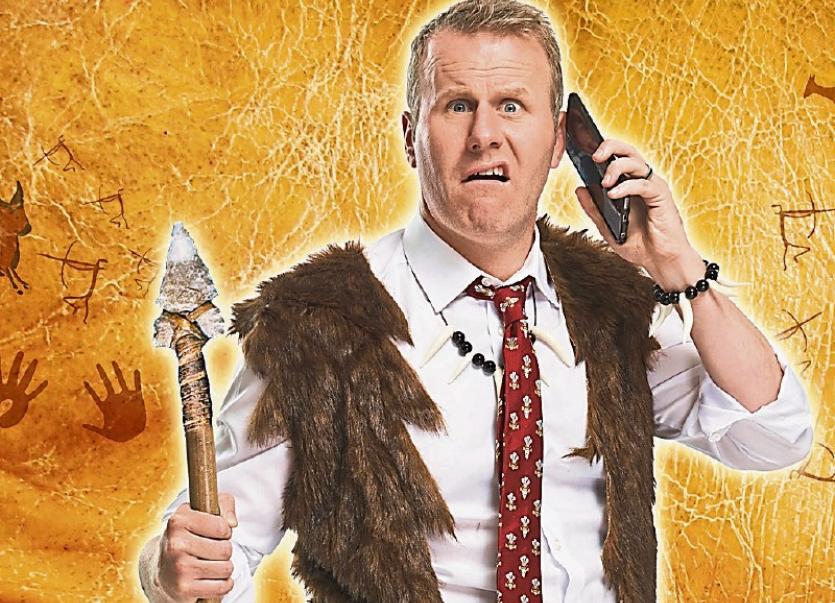 COMEDIAN Tom O’Mahony has worked with legends such as Rik Mayall and Tom Green, and is now the star of the wildly successful comedy show Defending The Caveman, playing at the University Concert Hall on October 24.

O’Mahony is a student of comedy who has been stand-up comedian for many years, and he said that getting the role was “unexpected.”

“Two other more famous lads were going for it, so I must have been good” he joked.

The show has been running since the early 1990’s, and after smash runs on Broadway and Las Vegas, and has finally made it to Ireland.

Read also: Hunter on the loose and 'facing the beast' in Limerick

“We don’t own the rights to it, but the rights holder told us to keep the main beats intact; after that we were allowed to tailor it for Irish audience tastes.”

“They said that there might not be a laugh in the first five or six minutes” said O’Mahony “so we have a laugh within the first eight seconds.”

“We want to have the audience laughing from the word go” enthused O’Mahony.

Defending The Caveman will play the UCH on Thursday October 24 and tickets are €25 from UCH’s website.