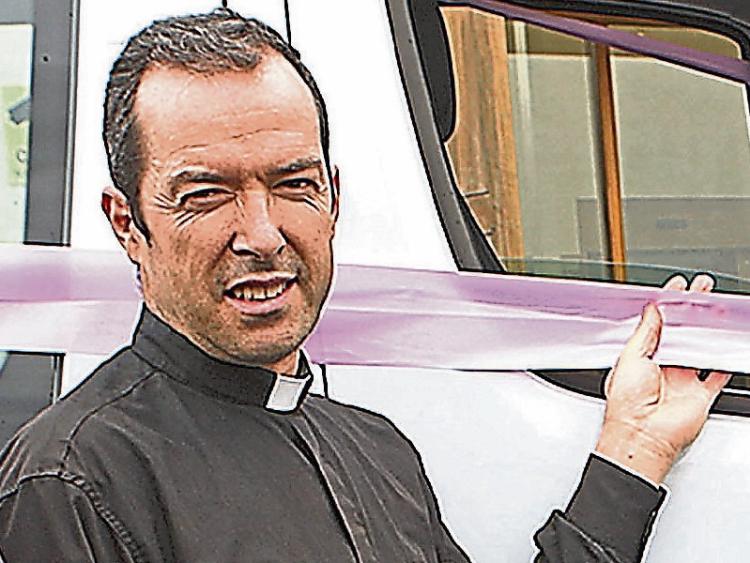 The case against Fr John Mockler was settled before the trial

A LIMERICK grandmother has settled her defamation case against a priest who allegedly ordered her off a bus which was carrying local people who were going hunting the wren.

Speaking to the Limerick Leader at the time, the grandmother, whose aged in her 60s, said she was “disappointed” and felt “very traumatised and threatened by his reaction” to her presence.

Fr John Mockler told this newspaper that he asked Ms Hession to leave the bus because she was not one of his ‘chosen’ musicians for the event, which was organised to raise funds for his pilgrimage to Medjugorje with local teenagers.

It was also reported at the time that Fr Mockler had changed the collection point for those travelling on the bus, after he heard Ms Hession intended to travel.

The defamation case was listed for hearing before Judge Patrick Quinn at Limerick Circuit Court this Wednesday and when it was initially called the judge was told the case was going on and was likely to last more than an hour.

However, following discussions between the parties and their lawyers, a settlement was agreed.

After confirming the case had been settled, Barrister Clare O’Driscoll, instructed by solicitor Gerard Meehan, requested an adjournment of the matter for a number of months to facilitate implementation of the settlement.

She asked that it be noted on the court file that the terms of the settlement are confidential and should not be disclosed to anybody.

Leonard Parker BL, instructed by solicitor John Cussen, agreed saying his client – Fr Mockler – is aware that the terms of the settlement are “completely and totally confidential” and that he hoped there will be compliance on all sides.

Welcoming the settlement, Judge Quinn noted that the terms are to remain confidential.

“I expect people to be true to their word,” he commented.