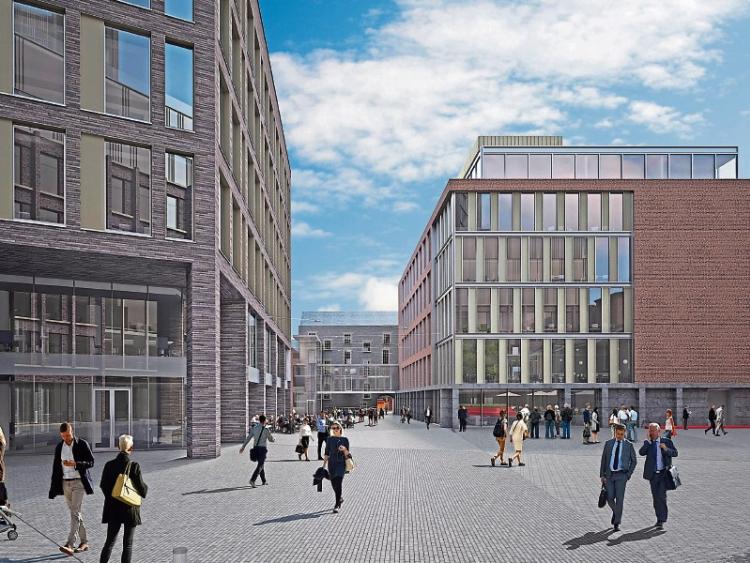 An artist's impression of the proposed development

AN Bord Pleanala is expected to confirm an oral hearing into €180m plans to transform a huge part of Limerick city centre.

The national planning appeals body is currently deliberating on Project Opera, a mixed-use scheme for a large portion of land behind Patrick Street.

Rather than being decided by local planners, the scheme – which could deliver up to 3,000 jobs – was fast-tracked to An Bord Pleanala as it is considered strategically important.

And now, the Limerick Leader understands, there will be an oral hearing into the scheme, which is likelt to be towards the end of November, according to informed sources.

Under the proposals, a significant area at the junction of Patrick Street, Rutland Street and Bank Place looks set to be turned into a development of offices, houses, an apart-hotel, a new city library, cafes and restaurant.

A number of groups have already made submissions to An Bord Pleanala, including Limerick An Taisce, which claimed at least three separate bat species were identified on site, pointing out these are legally protected under both European and Irish legislation. They will likely be invited to present to the hearing.

The exact dates, times and venues for the oral hearing will be confirmed next week.

David Conway, chief of Limerick Twenty Thirty which is leading the development said: “We haven’t had a letter from An Bord Pleanala yet, so I cannot confirm anything.”