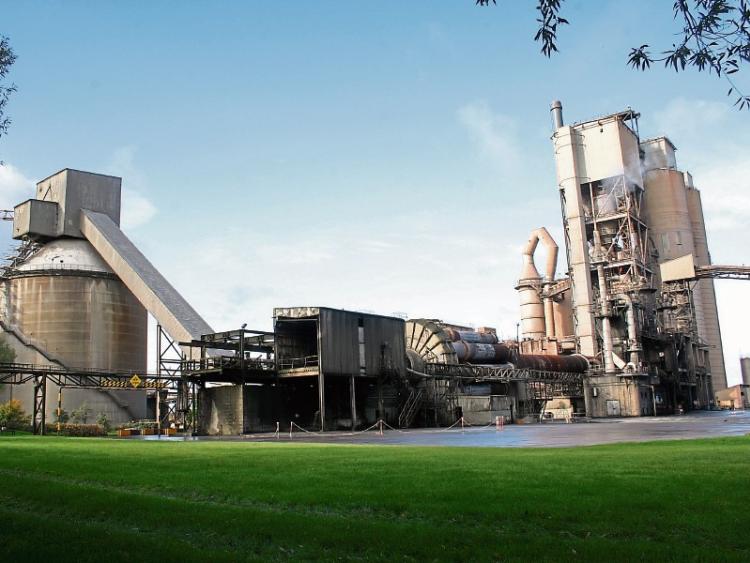 LIMERICK City and County Council is planning to object to Irish Cement’s €10m plans for Mungret, it has emerged.

The local authority emailed council members this Monday confirming it will lodge a formal objection to the Environmental Protection Agency (EPA) over the proposals, which will see Irish Cement switch away from fossil fuels in favour of used tyres and solid recovered waste.

Crucially, council will also request an oral hearing be held into the proposals, which have sparked a huge wave of objection from the community.

In the email to councillors, seen by The Leader, Brian Kennedy, the director of service said one of the issues the council has is the need to impose an emission limit, which according to the grant of permission from the EPA is 40 milogrammes per cubic metre (40mg/nm3)

“This represents a derogation from the limit of 10mg/Nm3 specified in Annex four (part four, paragraph 2.3) of the Industrial Emissions Directive,” he wrote, “The rationale given for this derogation is the company’s inability to comply with the tighter limit and the fact that other cement factories operate under similar derogations. However, the reasons why the company cannot comply have not been explained and the significance of the derogation has not been addressed.”

The local authority says it will object to the EPA on this basis.

“Furthermore, given the level of public interest in, and concern about, the proposed co-incineration of waste at this facility, Limerick City and County Council will also be requesting that an oral hearing be held,” Mr Kennedy added.

The plans have already drawn 4,500 objections to the EPA from local residents hugely concerned by the new fumes being emitted into the local environment.

Around 4,500 took part in a protest earlier this month.

But the company has sought to play down people’s fears, claiming that their fossil fuel replacement plans will not lead to a deterioration in air quality.

The company also said its proposals are vital for the future of its plant in Limerick, and will protect the more than 100 jobs on site there.