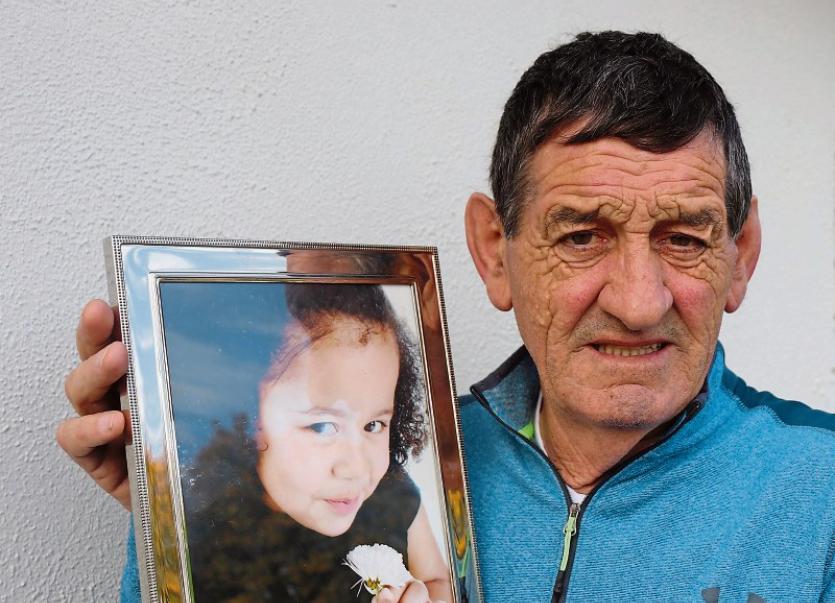 THE grieving family of a teenager who died by suicide after remorseless bullying have revealed she named her abusers in a letter before her death.

Her devastated grandfather Willie said his “heart is breaking” and he has a “knot in his stomach” after losing his first granddaughter in such a senseless manner.

However, her family have said they will not go on a “witch-hunt” against the bullies – and are instead setting up a foundation in the Newport girl’s name to provide a supportive environment to vulnerable teens.

Fighting back tears, Willie said: “It’s hard to talk about Mia in the past tense. My heart is breaking for what happened to her, the bullying especially. Mia loved me and I loved her. It breaks my heart: I hate having to go the graveyard to visit her. She was very special. She loved the ground I walked on. I knew that. Just the way I loved her.”

Pretty Mia, who had dreams of becoming a make-up artist, was such a kind young girl, Willie added, saying he feels so sorry for her friends – dubbed Mia’s army – who helped mark her month’s mind last week.

“For a little child of 16 years old, she packed in so much. I went to collect her in John’s Square and she was over talking to a homeless guy. She told me they all have issues, and this is why she sat among them and spoke with them. She knew every one of them by their name. It was her nature. She looked after other people, but not herself. People were so mean to her,” Willie added.​

Her grandfather added she was the “soul and life” of the party, while her uncle Marc added: “​She was a force to be reckoned with. A very headstrong young lady but with a heart of gold. Over the last month, we’ve heard of stories I wasn’t aware of. She used to be in Limerick with friends and if she saw a homeless person in need, she would spend money out of her own pocket to make sure they felt wanted and valued.”

The O’Neill family have found tremendous reserves of strength to set up the One Life Trust, the name reflecting a tattoo Mia had.

Marc said: “It’s a living nightmare. We’ll never get over this. The only thing we can do is take positive steps for the future youth of Ireland.”

The family has identified a building in Newport, and hopes to provide a safe space for children aged from 12 to 18.

In the same way as the Men’s Shed, they hope the model can be replicated across the country.

“It’s still very raw. But we are trying to put our energy into something good.”

With the presence of smartphones, schoolyard bullying is no longer as bad as it gets for children.

Mia was bullied around-the-clock until the day she died.

“It was Mia’s month’s mind yesterday and you could see with the kids coming together how compassionate and supportive they were to one another. But there’s another side to that, where you can see how ugly, negative and horrible people can be to one another. There is extremes in everyone,” Marc said.

Mia was mixed-race, and this was also a cause of her being bullied, he added.

“There is a toxic environment in Ireland and racial abuse is there, it’s undeniable,” he explained. “Are we living in a society that’s gone so extreme? When we look at the world and the way it’s constructed right now, it’s the most poisonous vacuum any young person can grow up in. We need to remain strong for other people who are not strong.”

Mia was diagnosed with an emotional regulation disorder, and had self-harmed previously, as a result of being bullied. She had suffered from mental health issues since the age of 12.

Mia had used the services of CAMHS, the HSE and Pieta House.

But Marc says Mia was “failed” by a system which is “flawed”.

And he says the family should not have to do this in an hour of grief.

“I am very angry about what’s happened to her. I’ve experienced this from when Mia was 12 years of age. Does it take another life to be lost? I hope not,” he said.

You can get involved in One Life Ireland by looking it up on Facebook.