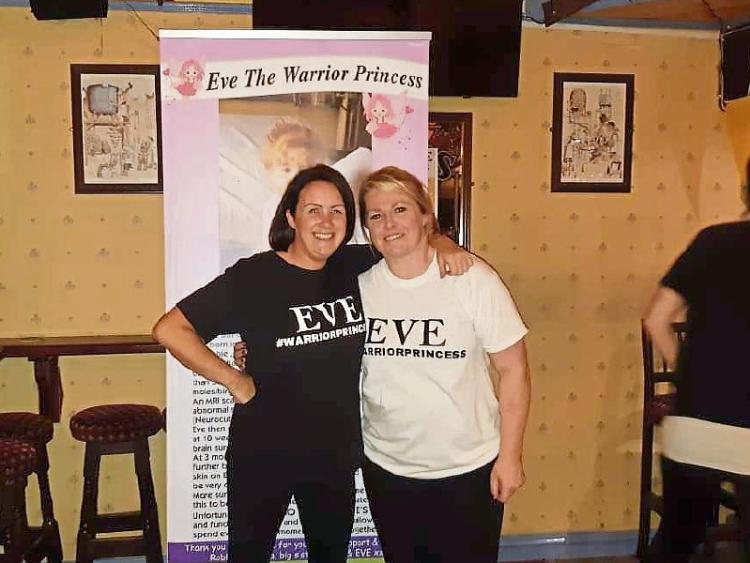 FOURTEEN women have been inspired to put their bodies on the line by Eve the warrior princess.

The little girl from Knockane has cancer and an extremely rare skin condition which causes more than 50% of her body to be covered in moles/ birthmarks.

Julie Ryan, from Emly, thought up the idea of an “extreme night” on Saturday to raise awareness and funds for Eve and her family.

Participants will be put into the back of a van at 6pm in Emly and will be out all night regardless of the weather.

“They will be dropped at a secret location where they then have to build shelters and light fires for heat and cook their dinner. Then it will be onto harder challenges where the teams battle against each other for food surprises and maybe a luxury or two," says Julie.

However, she adds, it is “nothing compared to what Eve and her parents Sabrina and Robbie Creamer go through every day”.

Read also: SLIDESHOW: Little Limerick Warrior Eve has an army behind her

“I do believe that everyone needs some help at one stage or another in their life. For our extreme night I've put 14 girls in two teams overseen by fireman Jay O’Dea and Corporal Chris Hurley. Jay’s wife Karen is on the other team!

“The winning team will be announced in Emly on Sunday morning,” said Julie.

She says this is their way of standing as a group and help a family that needs support. “No knows what tomorrow will hold,” said Julie. All of the participants can be sponsored or to support the girls' endeavours  visit GoFundMe here