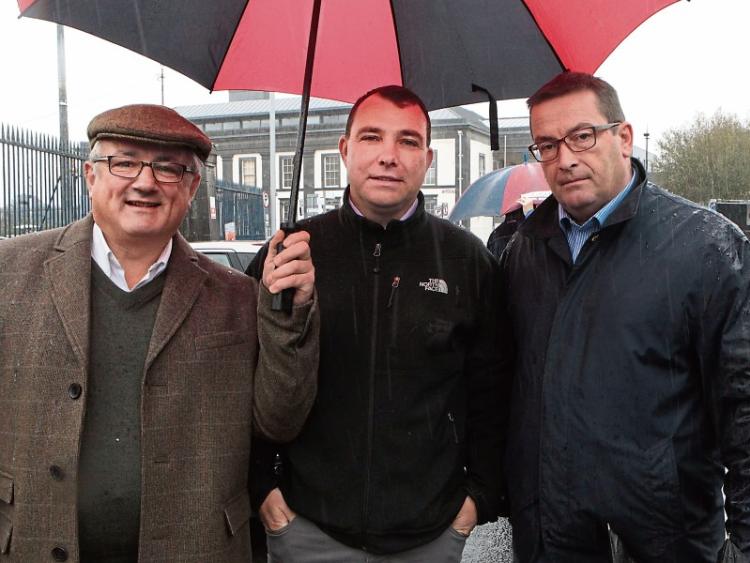 HSE officials are to be invited to appear before Limerick councillors to outline their monitoring of public health locally.

It comes in the wake of the granting of a licence to Irish Cement, which will allow the firm use a number of new materials in the production of the building material.

The proposals have proven deeply unpopular, with more than 4,500 people turning up in wet weather to take part in a protest march over the weekend.

Roughly the same number of people have objected to the firm’s €10m proposals to the Environmental Protection Agency (EPA).

Despite all this, the EPA cleared the way for Irish Cement to change process in Mungret, a move which the firm says is vital for the future sustainability of the plant, while also playing down environmental concerns.

A special meeting of councillors took place this Monday, at which a suite of measures were agreed to try and prevent the proposals going ahead, with a deadline for objections to the EPA landing next Tuesday, October 15.

Among the measures unanimously agreed was to demand an oral hearing from the environmental regulator, as well as seeking legal advice on whether councillors can revoke the decision to afford Irish Cement permission to build the physical infrastructure needed to store the new materials it plans to burn.

Metropolitan district leader Cllr James Collins said: “People still think this is just about tyres and plastic. There is a much longer list than this, and some things that Irish Cement is going to be allowed burn is disgusting. It’s about heavy metals, it’s about sludges, solvents, paint and leachate.”

It also emerged during the meeting that the council development plan – which governs what developments are allowed in Limerick – cannot be changed by councillors mid-term. They can only bring through a new one in 2021.

However, Cllr Collins pointed out a way around this is for chief executive Dr Pat Daly to bring forward a motion seeking to ban all incineration activities in Limerick.

Members also agreed at the meeting to call on the executive to make a formal submission in opposition to the EPA’s decision to grant a licence.

“All along, the council planners have been telling us they had no option but to grant planning. But they are not really in favour of it. We’re asking them to speak with their feet and put forward an objection to the EPA in relation to the decision made,” the Fianna Fail member said, “Our demand is for clean air – that’s what it boils down to. Limerick does not want this, and as public representatives, we are the voice of the people.”

It was also agreed that Fine Gael members locally will push government to change the regional waste management strategy, which currently allows for incineration.

She said: “We’ve seen time and time again the public health department of the HSE wringing its hands of this saying – unbelievably – they do not have the capacity to monitor people’s health in Limerick. There is no data to back up the huge environmental concerns and what conditions they are causing. I would ask for the HSE to be more accountable to the people of Limerick.”

“If all we are going is just turning up to pass comment, it’s not good enough. This is an issue of huge importance. What is the point of us being here,” she asked.

She also criticised the fact council planning and environment members were not present at the meeting.

Labour councillor Conor Sheehan fears Irish Cement in Limerick could end up processing more than the 90,000 tonnes of waste it will be licenced for.

“In six months, Irish Cement at Platin has taken 120,000 tonnes of alternative fuel. Now it is seeking 600,000 tonnes. If this happens up there, God knows how much could be used in Mungret in future,” he said. Council executive Mr Lehane agreed to take on board the comments, and confirmed he would furnish Dr Daly with the request for an intervention in the Development Plan.