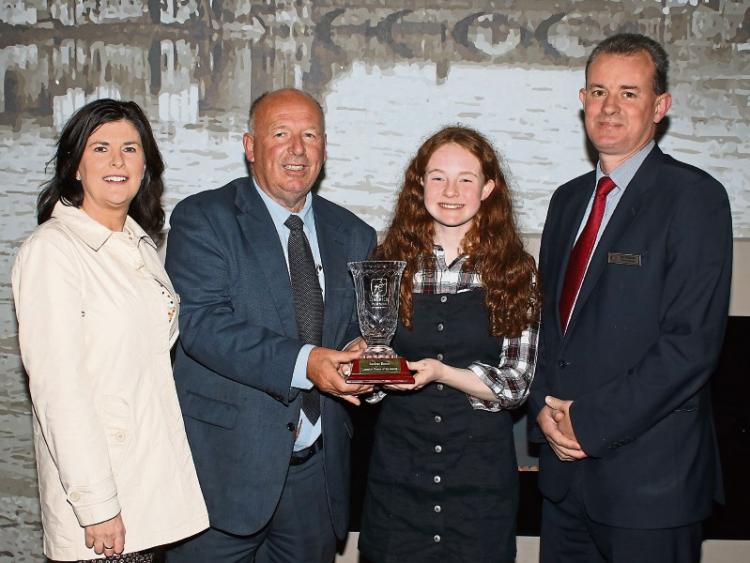 LIMERICK teen climate change activist Saoirse Exton is one of the latest recipients of the Limerick Person of the Month award.

The 14-year-old Gaelcholaiste Luimnigh student has been protesting every Friday for the past six months to raise awareness surrounding climate change as part of the Fridays for Future, a global movement which sees students across the world take action for the cause.

“I was surprised but very honoured,” says Saoirse of being nominated for the award, “I think there are definitely a lot of other people who are a lot more inspirational than me!”

Saoirse and fellow Fridays for Future Limerick representatives led crowds of over 1,000 people through the streets of Limerick as part of the Global Climate Strike on September 20, resulting in one of the largest protests the city has ever seen.

"We're striking here today because not enough action is being taken by our government locally, nationally or internationally so this is why we are fighting here today," said Saoirse at the protest.

Hundreds of pupils from numerous schools across the city and county took part in the march, which set off from Arthurs Quay Park at 1.30pm, many of whom carried signs calling for action.

“It felt amazing, I had so many people helping me and we were so happy - and exhausted!” she laughed.

“People are starting to wake up now, and even though this is the Limerick Person of the Month award, I’m accepting it on behalf of Fridays for Future Limerick, and on behalf of a movement that’s been going on for six months.

Saoirse’s mother Geraldine said: “It’s lovely, it’s something we never thought would have come of all this.

“Since the first day she went out striking, the support she’s gotten from Limerick people has been amazing.”

So what’s next for Saoirse?

“What’s immediately next is the Junior Cert,” laughed Geraldine, “a lot of people ask her if she wants to go into politics or become a TD but I don’t think she wants to do that as she thinks there’s other ways to make a difference in society.

“But I see her having some sort of leadership role for sure.”