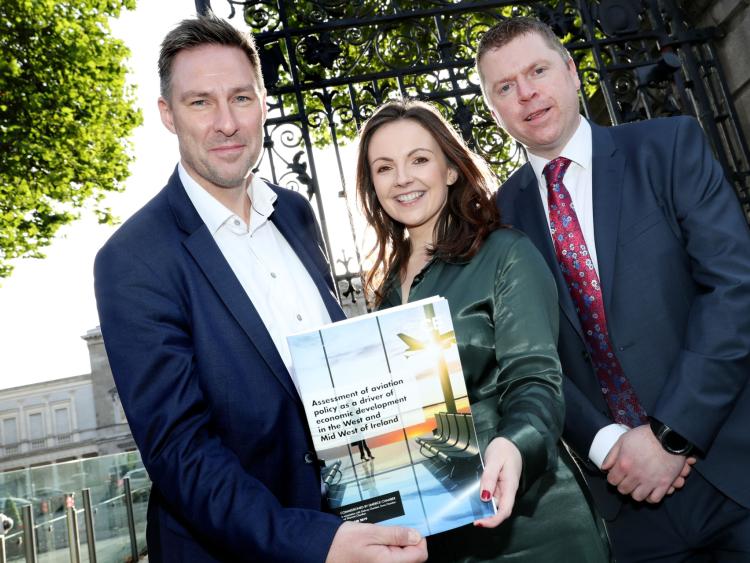 DUBLIN Airport’s expansion could prevent other regional airports, including Shannon Airport, from being a “catalyst” for regional growth as part of the Government’s Project Ireland 2040 vision.

That’s according to a new Copenhagen Economics report that was submitted to the Government, commissioned by Limerick Chamber of Commerce with support by a variety of regional Chambers.

The report focuses largely on the challenge of expanding Shannon Airport, amid the significant capacity expansion at Dublin Airport which “will make it very difficult for other airports to maintain current routes and passenger levels”.

The report, which will be presented to Minister for Transport Shane Ross this Wednesday, calls for an improvement in Shannon’s global connectivity, and raises concerns surrounding the impact of Brexit.

Copenhagen Economics has analysed the impact of new, strategic routes, including a frequent business connection to Frankfurt Airport, which it said would contribute an additional €412m GDP to the economy.

According to the report, Dublin dominated the aviation market with 73% of passengers travelling through Ireland. This has risen to 86% in 2018.

“Even in an international context, the increasing dominance of Dublin Airport at the expense of other Irish airports is striking,” the report reads.  “Other small open economies, where a similar concentration in market shares has been seen, have implemented policy initiatives to counteract the dominance of the national airport and mitigate negative impacts on other airports.”

It continues: “The sustainable development of Shannon Airport is a vital cog in the wheel of balanced regional growth that is at the heart of Project Ireland 2040. The global connectivity that is a necessary condition for such growth can only be achieved through a vibrant regional airports network that can serve as a counterbalance to the increasingly congested Dublin Airport.”