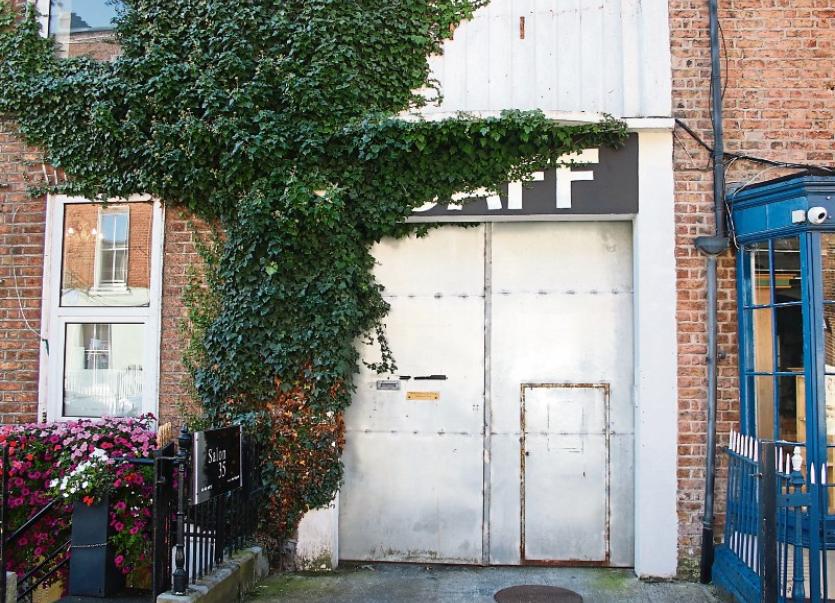 A proposal to sell the council-owned  building for €90,000 to Tait House Community Enterprise CLG  came before a meeting of the full council on Monday | PICTURE: Adrian Butler

THE former Red Cross Hall on Cecil St in Limerick which has been transformed into an  arts hub known as The Gaff for the past five years is dividing councillors along political party lines.

A proposal to sell the council-owned  building for €90,000 to Tait House Community Enterprise CLG  came before a meeting of the full council on Monday, having already been discussed at a meeting of the  Metropolitan District last week.

Fianna Fáil came out in support of disposing of the property with security of tenure for the artists of The Gaff.

“We need more cultural spaces in the city centre,” Metropolitan Mayor Cllr James Collins FF said while Cllr Kieran O’Hanlon FF said it was a very worthwhile project and he could see no reason not to go ahead with it.

But Independent councillor Emmett O’Brien asked why there was disagreement in the Metropolitan District on the issue, with Fianna Fáil wanting to proceed and Fine Gael wanting to defer.

“It is great to be kept in the dark,” he said. “Can we find out who these people are, what this is about?”

“Why are we disposing of lands?” Fine Gael leader Cllr John Sheahan wanted to know. “Why can’t we give them a lease? If we dispose of the property it is gone out of our hands for good.”

His party colleague, Cllr Olivia O’Sullivan also questioned the selling of the building.

“Why, she asked, was this other step being added when it was surely the council’s responsibility to support a “great organisation” like The Gaff?

“No one is disputing the bona fides of The Gaff,” Cllr John Costelloe SF said but added  there had been a “serious lack of transparency” for councillors on the issue of the sale.

Green Party councillor Brian Leddin said when they had sought additional information “we were told we could make a Freedom of Information request.” That, he said, was very unacceptable.

Labour’s Joe Leddin pointed out that the council had bought No 3 Pery Square for use as a cultural centre, but had then disposed of it.

The Belltable had been bought and then the building beside it, yet now the council was talking about selling off The Gaff, he said. And he questioned the price tag of €90,000, given that developments in the area would increase footfall and value.

But both the acting chief executive Pat Daly and acting director of capital investment Joe Delaney stressed that the process followed had been very robust,  clear and transparent and in line with regulations.

A lot of information was sent to Metropolitan members but information about under-bidders could only be disclosed with the permission of third parties, Mr Delaney pointed out.

Expressions of interest had been sought by the council with a closing date of last January. The bid from the Tait House Community Enterprise, which included retaining the existing tenants and refurbishing the building with funds already secured, scored the highest.

The sale of two other pieces of council owned property at Galvone Industrial Estate were also questioned.

Cllr James Collins agreed to defer his proposal to sell until the next full meeting of the council to allow all councillors to be fully informed.