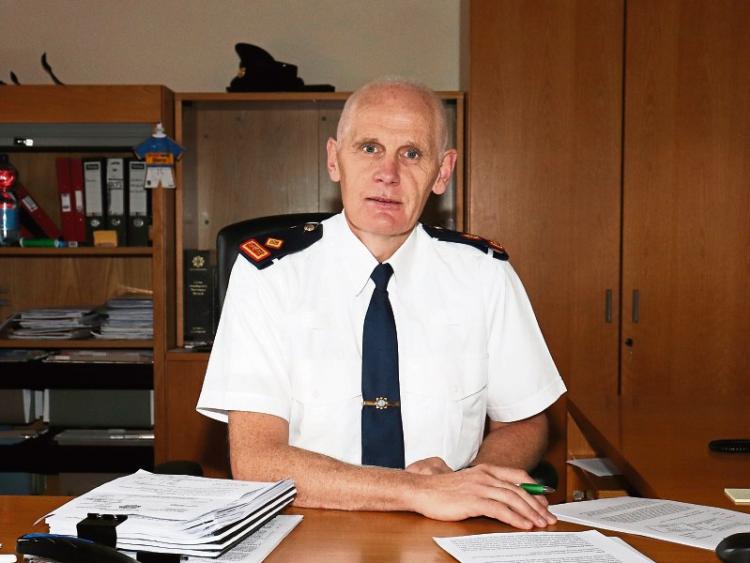 ASSAULTS are up but burglaries are down in the Bruff district says new Superintendent John Ryan.

It was the Tipperary man’s first time addressing the Joint Policing Sub-Committee of the Cappamore-Kilmallock municipal district.

It has been a busy start for him with the van hijacking in Caherline, major cannabis growhouse find in Cappamore and the tragic fatal crash on the road from Cappamore to Doon.

Supt Ryan said he wants to have more garda visibility, work closely with the community and have the ultimate result of “making people feel safer in their homes”.

He also plans to hold an open meeting in east Limerick in the near future on wellbeing and crime prevention. It follows a very successful one in Bruff earlier this year organised by his predecessor, Supt Brian Sugrue - now the superintendent in Henry Street.

Compared to 2018, Supt Ryan said there is an increase in crimes against the person albeit coming from a very low base.

“It has increased from 15 minor assaults last year to 29 this year. In a sense it is a significant increase. We put a huge focus on data quality - is it a case of more people reporting? It is worrying there is an increase although it is not a massive number,” said Supt Ryan.

The good news is that residential burglaries in the Bruff district have almost halved.

“They were 73 this year. It is 39 this year. I say this with an air of caution as numbers can increase very quickly,” said Supt Ryan.

He plans on using his limited resources to get gardai out on the ground and holding checkpoints.

“I will be using resources from the city to increase visibility,” said Supt Ryan.

Cathaoirleach Mike Donegan welcomed the Holycross man to the area.

“Ye will be seeing me for a while,” said Supt Ryan.

“We have had quite the turnover in the last few years so that is very good news,” said Cllr Donegan.

Supt Ryan said he has been in the guards for 22 years and has served in Clare, Galway and Dublin.

Councillors paid tribute to the outgoing Bruff super, Brian Sugrue. Cllr Brigid Teefy said he promised to replace the retired Sgt Helen Holden in Cappamore, Garda John Curtin in Ballylanders and get an extra garda for Bruree and he did all three.

Supt Ryan said they have had another retirement with the vastly experienced Garda Jim Ryan calling it a day.

“One retirement can have a big impact on resources. I have applied for more resources,” said Supt Ryan, who singled out the Doon area.

Cllr Martin Ryan welcomed this and spoke of the late John O’Donoghue from Toomaline, Doon, who died of a heart attack after he discovered two men ransacking his home.

“The local garda (Bill Collins) caught them. It was having a garda on the ground - it is the visual presence,” said Cllr Ryan, who also brought up Oola garda station being used more.

Supt Ryan told them, “If there are issues in your areas, let me know”.

“It is good to get a balcony view,” he said.

Supt Ryan said gardai can’t police “on our own”.

“It has to be with the help of the community,” said Supt Ryan with the ultimate goal of “people feeling safer in their homes”.