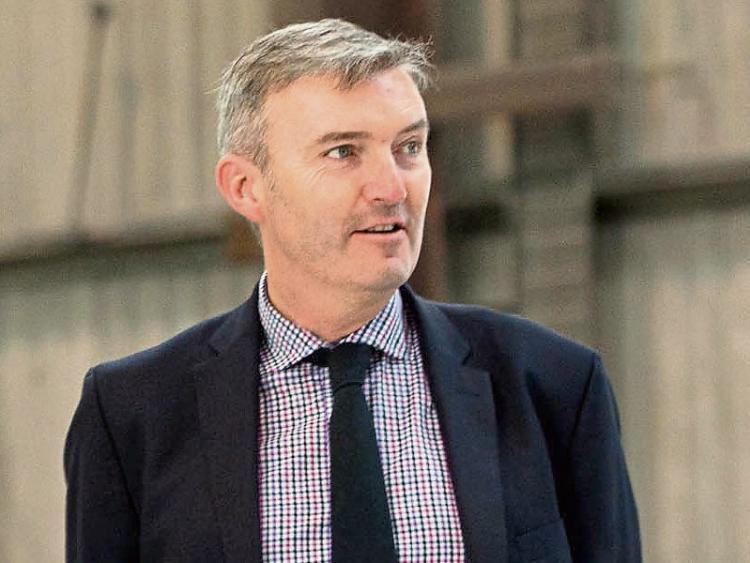 THE €17m investment by CPL Fuels in a low-smoke fuel plant in Foynes is being put at risk because of a failure by the government to implement a nationwide smoky coal ban.

And until the ban is brought in, a further investment of €5-7m and as many as 45 additional jobs are on hold.

“The lack of action by the current government is jeopardising our investment in Foynes which was based on the previous government’s commitments,” Niall McGuinness, the managing director of CPL Fuels said at a launch in Foynes last week.

“CPL fuels and other legitimate Irish manufacturers and traders made significant investments on the basis of the government’s commitment to the smoky coal ban. We have committed to improving Irish air quality by supporting the smoky coal ban and our efforts are being undermined by total inaction from the government,” Mr McGuinness said.

“Not only has CPL invested €17m on a low-smoke plant, we also gave a commitment to €5m-7m additional investment which would have allowed us to be  100% renewable energy from biomass,” Mr McGuinness said.

“That has been stopped.”

The plant, which was designed to manufacture 200,000 tonnes of low-smoke or smokeless fuel a year is currently producing about a third of that, Mr McGuinness explained. At full production, he would expect the workforce to run at about 80 people. That figure currently stands at 35.

Explaining the background, Mr McGuinness said that in 2013 the current EU Commissioner Phil Hogan when Minister for the Environment first raised the issue of a smoky coal ban by 2016. Minister for the Environment Alan Kelly subsequently gave a commitment in 2015 and this commitment was reiterated by his ministerial successor, Denis Naughten who moved the introduction of the ban out to September 2018.

The current Minister Richard Bruton, has, so far, failed to sign off on the ban.

“The Minister has said there was a legal threat from people within the industry but not based in this state,” Mr McGuinness explained. But, he argued, instead of taking responsibility for the country’s clean air, and facing down the legal threat from a group that sells only smoky coal, the minister is now saying he is not going to introduce a ban. Instead he will provide a “robust mechanism to proceed” under a Clean Air Paper.

However, no such Clean Air Paper has yet emerged despite being promised twice already this year, Mr McGuinness pointed out.

Meanwhile, he added, companies like CPL Fuels who took on the smokeless challenge and were prepared to invest to made it a reality, are left without clarity or a timeline.  He welcomed comments made at the Fianna Fáil think-in by party leader Mícheál Martin who restated his view that  there was an urgent need for the government to implement the nationwide ban.