Young Offenders star laughs it up in new play in Limerick 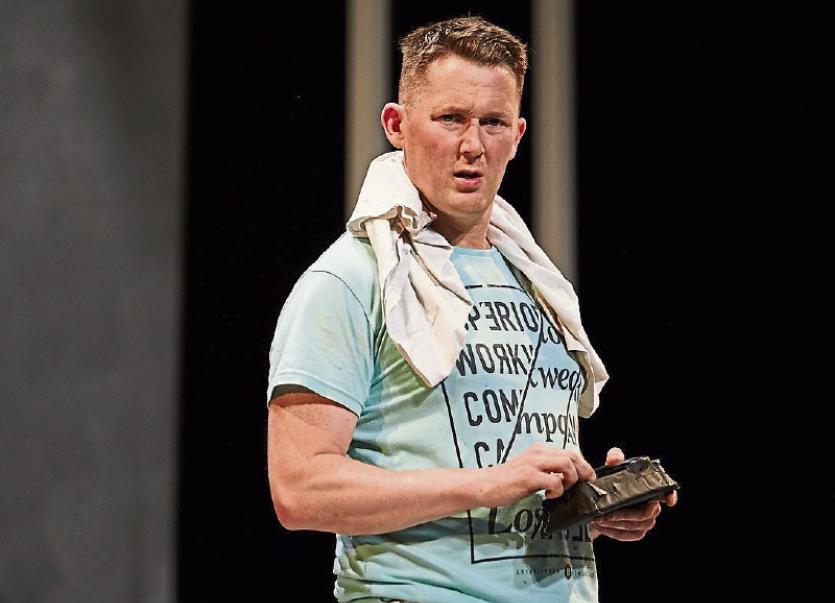 The oldest cliché among writers is “write what you know.”

This maxim has been applied by The Young Offenders star Shane Casey, who has written and is starring in a new play called Wet Paint, based on his experiences as a painter decorator.

Speaking to The Leader in between takes on the hit TV show, Casey said that the play is a commentary on the Celtic Tiger era.

“Jambons were €2, builders were making a couple of grand a month, everything was good. It’s that kind of arrogant mentality you see on Reeling In The Years with people smiling and laughing, not knowing what was going to happen next.

“The idea for Wet Paint came to me when I was on the dole,” stated Casey.

“My philosophy at the time was ‘just because you’re not working doesn’t mean you can’t make art’.”

Casey said that a trip to Limerick to act in a play was a turning point.

“I saw the statue of Richard Harris and asked him to tell me that everything was going to work out.”

The next day, Casey received a phone call informing him he had won Best Actor at the Underground Festival for his turn in Love, Peace and Robbery.

”Limerick has been good to me," he said.

Wet Paint is a comedy “that will make you laugh” says Casey, but that doesn’t mean there’s room for smarts.

“It’s sub-text I wanted to include about men not talking to each other enough about important stuff.”

While admitting that “men don’t talk enough” has become a cliché in and of itself, Casey said it adds an extra depth to Wet Paint.

”When you’re side by side with a lad painting a skirting board, you become close."

Wet Paint is on at the Lime Tree Theatre on Thursday, September 26 at 8pm.

Read also: Limerick school teams up with pros for a Winter’s Tale production in UCH