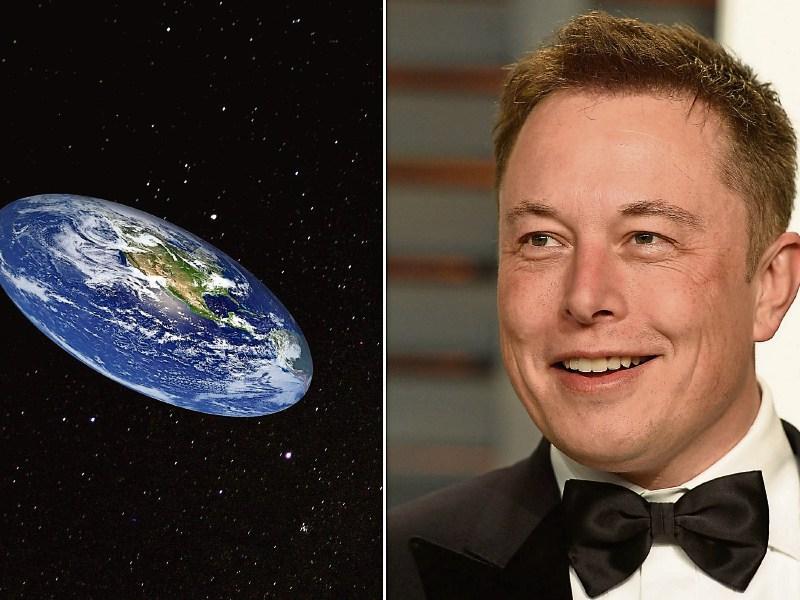 Elon Musk once asked why there isn’t a flat Mars society?

Last week we covered the belief held by a small few that the earth is indeed flat and furthermore that no-one has ever been to Space and that all pictures of the earth have been doctored to show a ball instead of a flat surface.

This week we will continue to discuss the conspiracy around the theory of a flat earth.

So if the earth is not a globe, what way are the countries laid out? Well, the members of the flat earth society state that the earth takes the structure of a disk, at its centre lies the ‘North’ pole and Antarctica exists as a wall around the edge. Therefore circumnavigation is completed by travelling in a large circle around the North Pole. As mentioned, Antarctica surrounds the earth as a wall of ice; this wall serves as a barrier encasing the world’s oceans ensuring they don’t fall off the edge of the disk.

Elon Musk once asked why there isn’t a flat Mars society? Good question right, well the flat Earth society has a reason for this. They agree that by definition the other planets are round and are orbiting astronomical objects. So by this definition, they believe that earth is not a planet, it lies at the centre of our solar system above which the planets and the Sun revolve.

What about the changes in sunlight, well they believe that the day cycle is easily explained as the sun travels in a circle around the North Pole. As the sun is directly above the earth, when it’s over your head it’s daytime, and the opposite is also true when it’s not directly above it’s night time. In essence, the sun acts as a spotlight and so its beam is directly confined to a limited area.

So what about gravity, one of the universes most fundamental forces? It dominates every moment of our lives. It keeps us close to the ground and is the reason for the old adage ‘What goes up must come down’. How does gravity affect a flat earth? Well, it would be expected that gravity would pull at the earth and change its shape. It is believed that while gravity does exist, it is in a greatly weakened model compared to what is commonly believed. The earth is constantly accelerating and it’s this constant movement that creates what we believe is gravity.

While all this is in direct contrast to what science has actually proven, many still believe in this theory. What do you believe?

Read also: Limerick siblings on opposite sides of the world pass away just hours apart