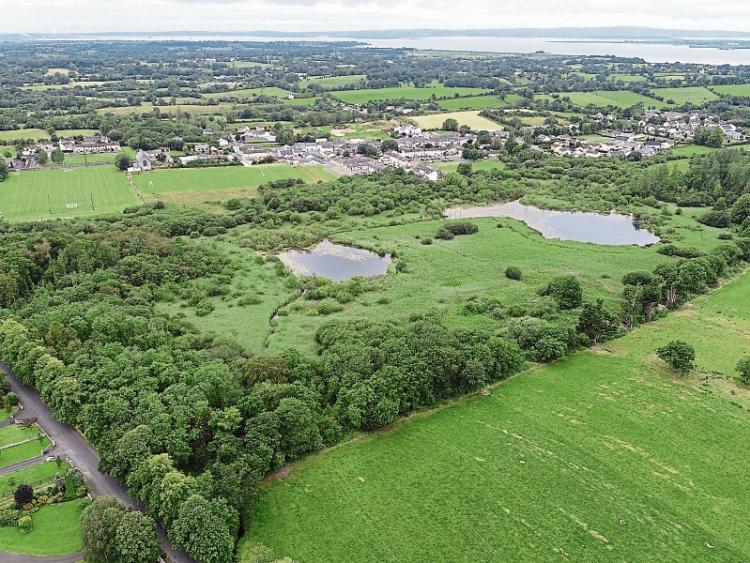 AN ambitious plan to develop a 40-acre land bank in the heart of Pallaskenry as a biodiversity park and community playing field has been unveiled.

The land is owned by Limerick City and County Council, and the Pallaskenry Community Development Association has asked for the support of Adare- Rathkeale councillors in their bid to acquire the land on a long-term lease.

“We are not asking for hand-outs. We are not asking for the council to do this. If we get the land, we will do everything else,” Gerard O’Sullivan, a member of the Development Association told councillors at a meeting of the Adare-Rathkeale Municipal District in Pallaskenry.

Earlier, the chairman of the group, Jim McMahon said they were a sub-committee of Pallaskenry Community Council and their aim was to improve the amenities in the village, to give a better quality of life to those living in the area and to create an all inclusive project for all ages and abilities.

Their group, he explained, included the GAA, the soccer club, the community playground group, the scouts as well as committed individuals and the Community Council and their hope was that by encouraging collaboration between everyone in the area, it would increase a sense of pride and ownership.

The Biodiversity Park and Community Playing Field, would encourage visitors to visit the village and would help sustain businesses in the area, he said.

In dramatic, drone-taken photographs, Mr O’Sullivan took councillors on a virtual tour of  the site, lying to the rear of the church on the Main Street and incorporating trees and two lakes. The site also adjoins the existing playing pitches and the playground.

Their plan includes a Slí na Sláinte walk, a Biodiversity Nature Park, walking tracks and trails and a community sportsfield with an all weather pitch, a running track and hard courts.

“The catalyst for the project was this piece of land going up for sale,” Mr O’Sullivan  said. “If it goes into private ownership, it could be a loss to the village.”

And he outlined the huge potential for use of the facilities by the schools and colleges in the area, by clubs and groups, by local people, and by visitors.

All six councillors pledged support for the project. Cllr Richard O’Donoghue said the park project in Croom had brought businesses together and brought people in and he gave the plan 100% support.

“Someone has made an offer on the property,” Cllr Kevin Sheahan said but added: “Nobody has asked for a lease on it. We can avoid the competition if the executive agree with us and go for a lease.”

“You need 200% commitment to drive this,” Cllr Stephen Keary said, adding that he fully supported the initiative. “It is a massive project.”

“It would be a massive economic driver in the area,” Cllr Adam Teskey said, adding that the project’s backers were “picking up on the right sentiments at the moment”.

“For a community to get together to undertake a project like this, it is amazing,” Cllr Bridie Collins said while Cllr Emmett O’Brien pointed out that project would benefit a lot of people. There are over 3000 people in the parish, he said, with 1500 in Pallaskenry alone.