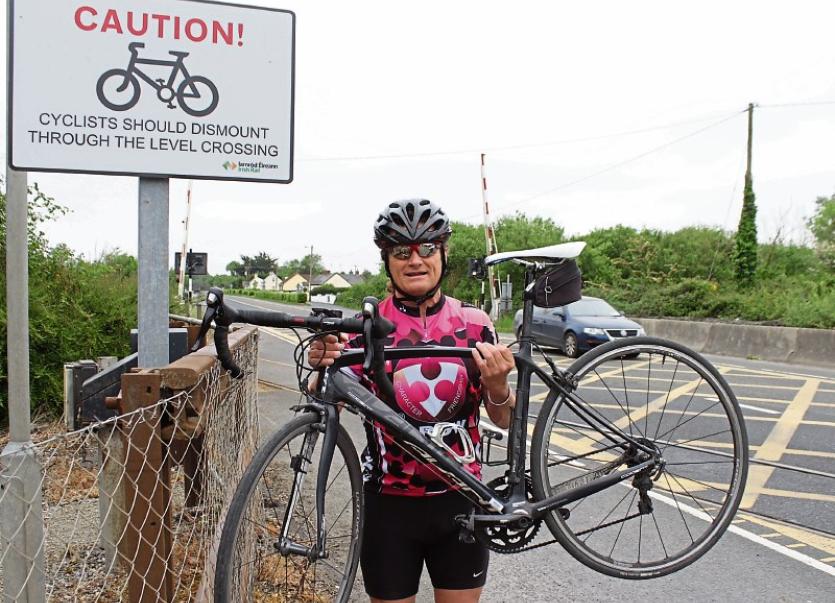 Richie Clifford: “I absolutely want children to cycle, I really do. It is the most amazing thing in the world but I wouldn’t let them (his grandkids) cycle outside the front door”

EVERY fibre of Richie Clifford’s being is geared towards promoting exercise and good health.

Known as Ireland’s and Limerick’s Mr Motivator, you would imagine the fitness trainer would be leading a campaign to promote children cycling to school. Not so.

He continued: “I absolutely want children to cycle, I really do. It is the most amazing thing in the world but I wouldn’t let them cycle outside the front door.”

The only way the Lisnagry man said he would consider it is if there is a wall between the child and cars and lorries. The infrastructure for cyclists in Limerick and Ireland is not up to scratch compared to our European friends, he says.

As the mornings get darker it gets even more dangerous, said Richie.

“There is somebody crying at the moment because there was someone killed off a bike. We have to develop better communication between  motorists and cyclists.

“There needs to be more education for everybody.”

Nobody sets out to cause an accident but it does happen said Richie.

“If somebody gets knocked down and God forbid it is fatal so many lives are ruined. The devastation doesn’t go away for so many people.”

Richie said life is very fast at the moment.

“It is not their fault, society has put this pressure on people to make work and to do all of these things. If they don’t make a certain roundabout at a certain time they could be held up for 20 minutes. Their concentration is on making that roundabout in time.  The most dangerous time is from 7.30am to 10am because the rush is on.”

Richie says it is not worth taking the chance of allowing your children pedal off to school.

“If it is a neighbour, get the bus, tell the boss I am going to be 40 minutes late.”

The place for children to cycle is the Plassey bank which is “completely tarmacadamed and fantastic”.

Richie is a keen and experienced cyclist but he finds it dangerous on the roads.

“If you ask any cyclist about cycling in the inner city or country roads it is 101% dangerous. You are taking your life in your hands every time you sit on a bike.”

Richie is calling for a “better  relationship” between motorists and cyclists.

“I stress the relationship is both ways. I see cars adhering to the rules and watching out for cyclists. Nobody is guilt free. We do need better infrastructure.

“The relationship between motorists and cyclists is getting better through education but it will take more pressure and I don’t want that to be from an accident,” he concludes.

Read also: Bikes and pedestrians to rule the roost in Limerick on Sunday