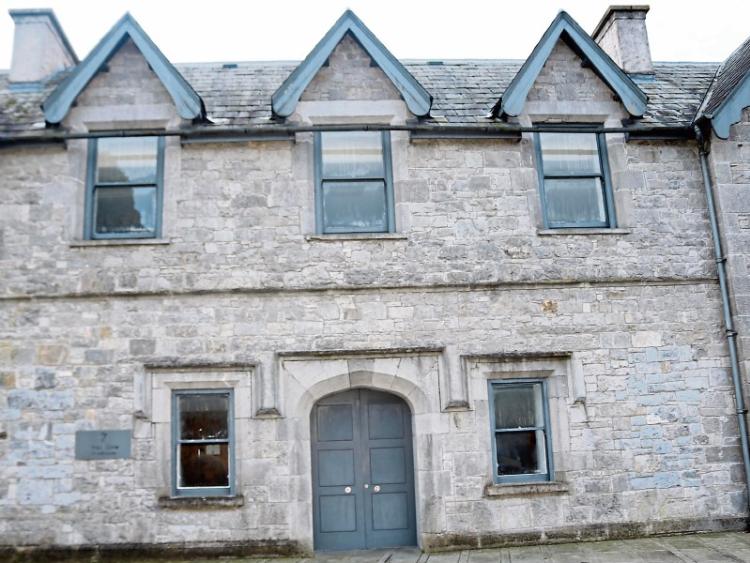 Kilmallock Court heard details of the neglect of the animal, which had to be euthanised

A KILMALLOCK man allowed an elderly horse’s hooves grow so long that she was in “excruciating pain” and had to be put to sleep, the local court heard.

An ISPCA inspector said they are “the longest hooves I have ever seen”.

Judge Mary Cashin said it is “very disturbing” when cases like this come before the court.

“But at least it sends a message that animals must be treated properly,” said the judge.

Michael Hourigan BL acted for the Department of Agriculture under the instructions of State Solicitor Aidan Judge. The first witness called was ISPCA inspector Alice Lacey, who went to Kilfinane on November 5, 2018 following a report.

Answering questions from Mr Hourigan, she said a black mare in a field had extremely long hooves.

“They are the longest hooves I have ever seen. They were twisted in shape. She tried to get up but had difficulty moving and immediately lay down,” said Ms Lacey, who handed in a number of photos to the judge.

Ms Lacey arranged for a vet to attend who euthanised the horse as “nothing could be done”. The ISPCA inspector said she subsequently interviewed Mr Browne.

“He admitted owning the mare. He said it appeared in his field six or seven years ago and he left her there. He had not got a farrier out. He said he trimmed the hooves three or four times. He said he thought of putting the mare to sleep but didn’t want to shoot her,” said Ms Lacey.

The ISPCA inspector said Mr Browne had noticed the hooves but couldn’t catch her.

“He said the last time he called to the field the horse was at the gate and could still get around,” said Ms Lacey.

Brendan Gill, solicitor for Mr Browne, asked Ms Lacey if the horse was in good physical condition apart from the hooves and if there was sufficient space and shelter. She agreed.

Mr Gill asked if Mr Browne explained how he came to possess the horse by accident and that he had co-operated fully with the investigation. “Yes,” said Ms Lacey.

The next witness was Conor O’Brien, of Blackwater Veterinary Clinic.

“The horse was lying on its side. It was breathing heavily as if it was in some discomfort. I gave her a push, she sat up and stood. Her gait showed that she was uncomfortable. There was huge excess growth on all four feet.

“The wall of the foot had rolled in over the sole. It was excruciatingly painful for her. There was associated laminitis,” said Mr O’Brien.

The vet said it looked like her feet had never been professionally trimmed. Mr O’Brien said it is good practice to get it done three times a year.

“The bone within her feet would have rotated. Trimming is too late at that stage. There was no option but to put her to sleep,” said Mr O’Brien.

Mr Gill asked if the horse was in good physical condition apart from the hooves.

“Yes, notwithstanding the hooves it was very good,” said Mr O’Brien.

Mr Gill asked if there was enough fodder on the eight acres of land for the horse.

“Yes, there was excess grass. She was allowed get too fat. If her feet were trimmed she would be able to manage the excess weight,” said Mr O’Brien.

Judge Cashin asked the vet how long does it takes hooves to grow.

“About a centimetre a month. They had rolled upwards. There was a couple of years’ growth,” said Mr O’Brien.

Mr Gill said his client had pleaded guilty and costs of €500 had been agreed.

“He came to own the mare by accident and left it in the field. It was six or seven years ago when horses were being dumped in fields around the country. He should have taken action but he left the animal where it was,” said Mr Gill.

The solicitor said it was an outside farm.

“If he was passing he would look in and in winter drop in some bales of hay if grass was scarce. He is a married man with two children. He works in a local factory and has a small beef holding. He was extremely busy at the time. He should have given the animal better attention and taken action,” said Mr Gill, who also addressed the judge about the “stigma and public censure” of these cases.

Mr Browne had a previous unblemished record but it has not been “a good day for him”, said Mr Gill. He was referring to a €2,500 fine imposed earlier in the day on Mr Browne for green diesel in his vehicle.

“He was essentially caught short. He has a tank on his farm. He took a chance. He was driving a short distance from his farm,” said Mr Gill.

“The first witness said they are the longest horse hooves she has ever seen. The pictures are disturbing. It was neglected for a very long period of time. I don’t accept he took care of the hooves at any stage.

“I don’t understand how people treat animals like this. It is disturbing when cases like this come before the court but at least it sends a message that animals must be treated properly,” said Judge Cashin.

She fined Mr Browne €1,500 on one of the counts and ordered he pay costs of €500. The other two summonses were taken into account.