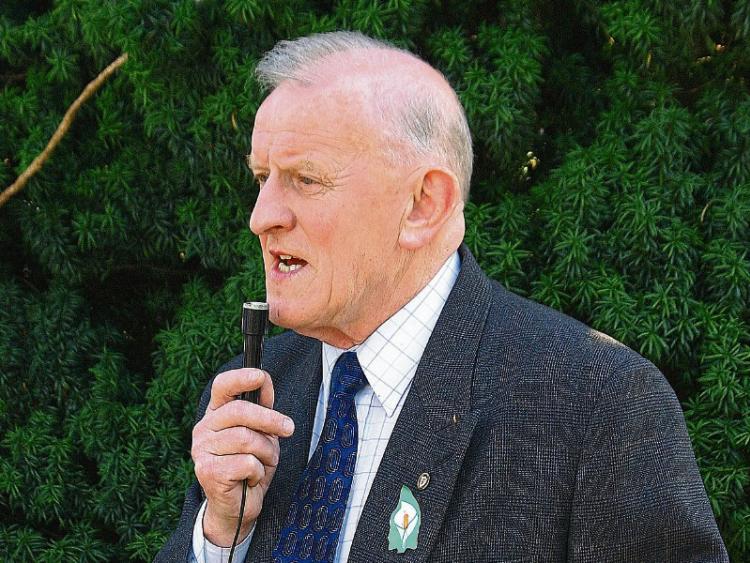 A LIMERICK man who was one of the original founding members of the Provisional IRA has disputed Gerry Adams’ claims to have had no involvement with the organisation.

Corbally man Des Long revealed to BBC Spotlight that Mr Adams attended meetings of the organisation as “chairman of the army council”.

The 78-year-old veteran republican’s claims feature in part two of the BBC series Spotlight on The Troubles: A Secret History, which details the IRA’s actions during the 1970s, and was aired this Tuesday night on BBC One Northern Ireland.

“The chairman of the army council would turn up to the executive meetings,” he added, “we were meeting at least every four months.”

When asked who the chairman was, he replied: “Gerry Adams”.

The former Sinn Féin president has always maintained he was never in the IRA, and when this was put to Mr Long, he laughed off such denials.

“I sat opposite him at meetings,” he said, “this lie he comes out with, he was never in the IRA... that’s a lie.

“I’ll probably get shot for saying it, but I’m saying it.”

When introduced in the documentary in the first episode, Mr Long is described as “already one of the IRA’s veterans” and tells of the formation of the Provisional IRA.

“We met in a house belonging to a fella called Victor Fagg and Victor Fagg was an IRA man, a Protestant IRA man, who had a place in Athlone. And we set up a Provisional Army Council.”

Mr Long stated that the mood that evening was “elation”, adding: "We had made a split at last.. we knew we had a huge job in front of us but we were quite prepared to do it.”

Mr Long reportedly fell out with Mr Adams in the 1980’s as part of a wider split within republicanism, and later became the vice president of Republican Sinn Fein.

In 2003, Mr Long denied he was a member of the IRA or any paramilitary organisation, and said under oath: “I am not and never was a member.”

Mr Long was one of seven men who pleaded not guilty to a charge stating that they were members of the Continuity IRA, after being arrested in December 2001 following a garda raid at a home in Limerick.

The seven-part documentary claims Mr  Adams, who declined to feature in the series, was in the IRA but never “used a pistol or threw a bomb”.

Sinn Fein's Conor Murphy has dismissed the comments by Des Long, who he labeled as a “bitter opponent of Gerry Adams for 35 years (who) would have regarded (Adams) as a traitor”.

“The allegations have been made over the years and have been consistently denied,” Mr Murphy recently told BBC Radio Ulster.

“You have to look at the people who are making the allegations to see what their motivation is.”

Read also: Aughinish will have to repay €10m in 'illegal state aid' to the government after EU courts decision