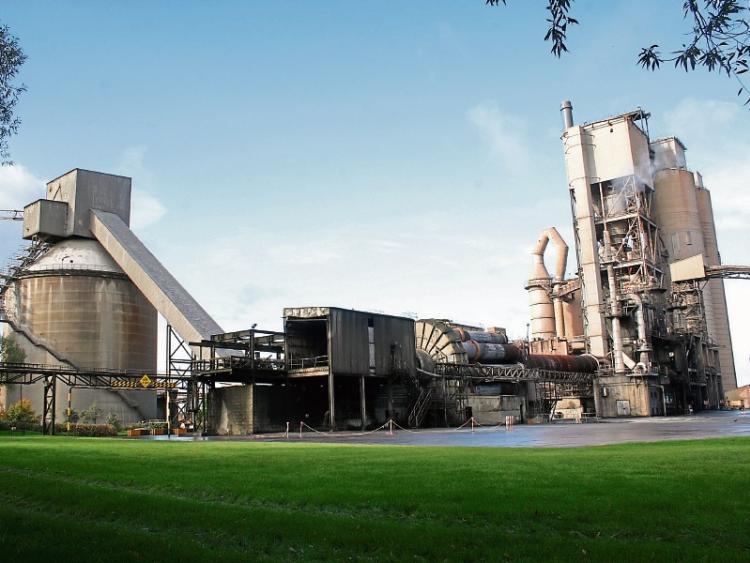 IRISH Cement has received the all-clear from the Environmental Protection Agency (EPA) to burn used tyres and solid recovered waste at its plant in Mungret.

In a move which has been described as a “disaster” for the area by metropolitan Cathaoirleach James Collins, the environmental regulator notified objectors in an email this Wednesday afternoon that it would be granting a licence to burn 90,000 tonnes of alternative fuels including, but not confined to, used tyres, plastics and animal waste tissue. The conditions will be made public this Thursday.

The €10m plans, which the company has said is vital for the future of the plant in Mungret, will see the use of fossil fuels phased out in favour of tyres and waste in the manufacture of cement.

BREAKING NEWS: Irish Cement has been granted a Fuel Licence by the EPA to burn tyres and other toxic waste materials.There is however a 28 day period in which this Draft Licence can be appealed. I intend to examine the licence and associated conditions and act accordingly. pic.twitter.com/D1wav66ACM

The firm says the reform will create 60 new temporary jobs, and secure the future of the 80 staff working in Mungret. However, there has been a wave of objections to the scheme, with 4,500 people expressing concern to the EPA. Chief among these are fears of the impact the project will have on the environment – but Irish Cement has always sought to allay these fears by saying because the burning of material will take place at such a high temperature, the impact on the environment will be negligible.

Claire Keating of the anti-incineration lobby Limerick Against Pollution has pledged to fight the licence, which grants Irish Cement permission to incinerate 90,000 tonnes of waste annually. The group held an emergency meeting this Wednesday night.

“We have been fighting this for four years. We are not going to stop now. We are going to explore all avenues both legally and through European and obviously, we will have a protest as well. We need to get the awareness out there.”

Ms Keating, who lives in Sli na Manach in the shadow of the cement plant, said she was “dumbfounded” the environmental regulator gave Irish Cement the green light.

She said: “We had a lot of really strong people behind us. There were so many experts. We felt we put forward a strong enough case as to why this should not be granted in a highly residential area.”

In a statement, Cllr Collins added: "The EPA’s decision to grant an incineration licence to Irish Cement is a hugely disappointing decision which will damage public health and Limerick’s reputation as a clean, green city.

"We have a State body which has totally disregarded the will of the people in Limerick. People marched in their thousands, attended public meetings, and advocated through local representatives like myself who made lengthy submissions to the EPA on their behalf.  e have highlighted cases of environmental pollution emanating from the Irish Cement plant in Mungret. We have highlighted the lack of air quality monitors in Mungret. And yet the EPA has chosen to side with the commercial interests of CRH, when there is zero benefit to the people of Limerick, and a clear danger to the health of any members of the public living within a 15km radius of the emissions from this plant".

The move by Irish Cement means the firm will no longer rely on fossil fuel in the production of cement in Ireland after its sister plant in Platin, Co Meath, received the go-ahead to change process some years ago.

It’s not the first time the firm had bid to change process locally: in 2009, the firm received permission to switch away from fossil fuels with minimal publicity.

However, that permission lapsed, leading to a reactivation of the plans in 2015.

Last year, An Bord Pleanala granted the go-ahead to Irish Cement to construct the buildings which would be used for the storage of the materials, meaning the EPA’s grant of a licence was the final piece in the jigsaw for the firm.

Limerick Against Pollution had decided against taking that decision further, instead preferring to focus on the ruling of the EPA. Now, the group has 28 days in which to appeal this.

An Irish Cement spokesperson said: "Irish Cement welcomes today's decision by the EPA to allow for the replacement of fossil fuels in the Limerick cement factory. Irish Cement will study the details of the proposed licence before making any further comment."