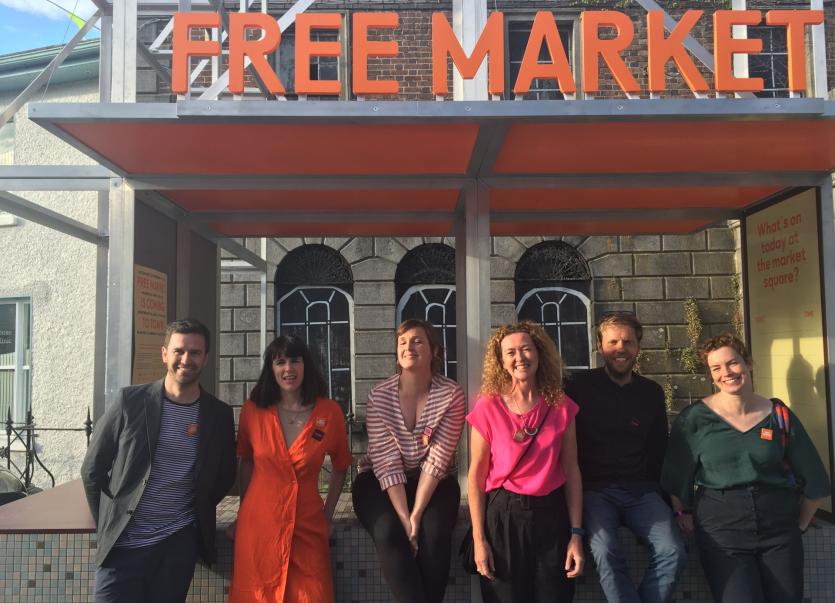 LIMERICK is set to host a special exhibition that will explore the uniqueness of rural Irish towns, marking the end of the national tour of the Irish Pavilion at the Venice Biennale of Architecture.

The Irish Pavilion and exhibition, entitled Free Market, will make its final stop in Kilmallock launching this Thursday, September 19 and will remain on exhibition until September 30.

Free Market, which received widespread acclaim in Venice last year, will be launched by Cllr Mike Donegan and senior architect in Limerick City and County Council, Rosie Webb at Kilmallock Library at 6.30pm.

A series of public engagement events are planned for the weekend, which will also coincide with Culture Night this Friday. The team will be collaborating with Diarmuid McIntyre of Grey Heron Media, who is a Kilfinane-based sound designer and producer, on Culture Night for a one-off series of sound recordings, Kilmallock As It Lives and Breathes.

Based in the Friars Gate Theatre from 6.45pm to 9.30pm, these events will involve audience participation in the live recording and editing of a Kilmallock soundscape.

Visitors are invited to take part in a series of free events aimed to stimulate debate and conversations on the future of our small towns, particularly their public realm and market places.

A programme of events will run across Thursday, Friday and Saturday, during which people are encouraged to explore the exhibition, join in guided walking tours, attend a talk by the curators and to contribute to Vox Pop recording sessions.

For younger townies the curators have designed a special Townie Scavenger Hunt.

The exhibition will include original architectural drawings and models from the Venice Architecture Biennale describing both the historic and contemporary conditions of towns across Ireland.

Recently taken documentary and aerial photography (specially commissioned by Free Market) will be shown alongside historic photography. There will also be audio interviews, stories and sound recordings.

The Free Market team will be on hand to chat and learn about Kilmallock, as they continue to gather experiences, thoughts and ambitions for towns on each stop of the national tour journey.