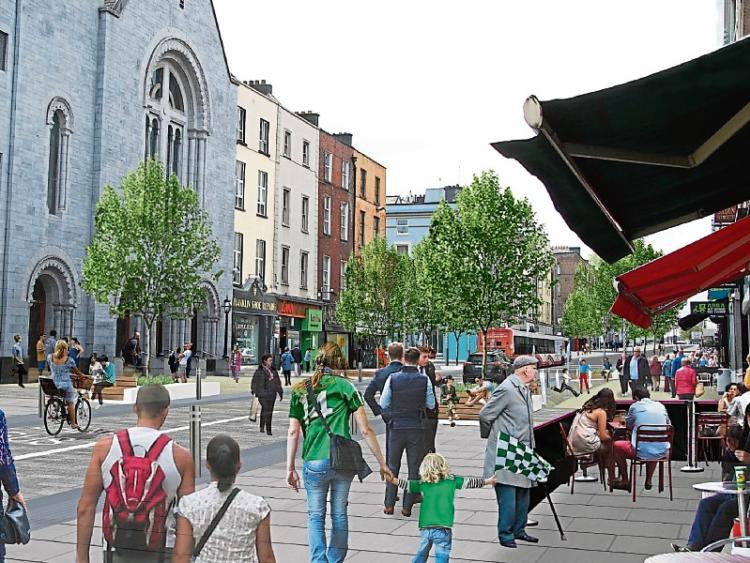 COUNCILLORS have delayed making a decision on the €9m proposals to transform Limerick’s main thoroughfare until the end of the month.

At this Monday morning’s metropolitan district meeting, members were asked to approve a part eight application to change the layout of O’Connell Street.

A blueprint presented by council designers show there will be a reduction in the width of the two traffic lanes on the stretch between the Denmark and Cecil Street junction, with a resultant increase in footpath widths.

Planners are also proposing the laying of street furniture in O’Connell Street, which will include seating areas, bicycle stands and lighting, as well as features such as sculptures, pedestrian plazas and water installations.

Last week, it emerged that the Limerick Chamber was urging councillors to back the move.

But at the meeting, councillors unanimously agreed a two week delay on making a decision, with a special meeting set for Monday, September 30.

Fine Gael’s metropolitan party leader Cllr Daniel Butler said: “This is to allow for an in-depth analysis of the submissions made over the period of the consultation.”

Having a special meeting, he said, “will give the item enough time so we can adequately debate it”.

“It is a plan which is going to change the face of Limerick city centre, and we need to give it due attention,” he said.

Cllr Butler acknowledged that not everyone is going to be happy with the final design.

“There are competing needs, so we are going to have to find some kind of compromise along the way," he said.

The Raheen councillor said it is key the project begins as soon as possible – with local authority members keen to have the revitalisation completed by Christmas 2020.