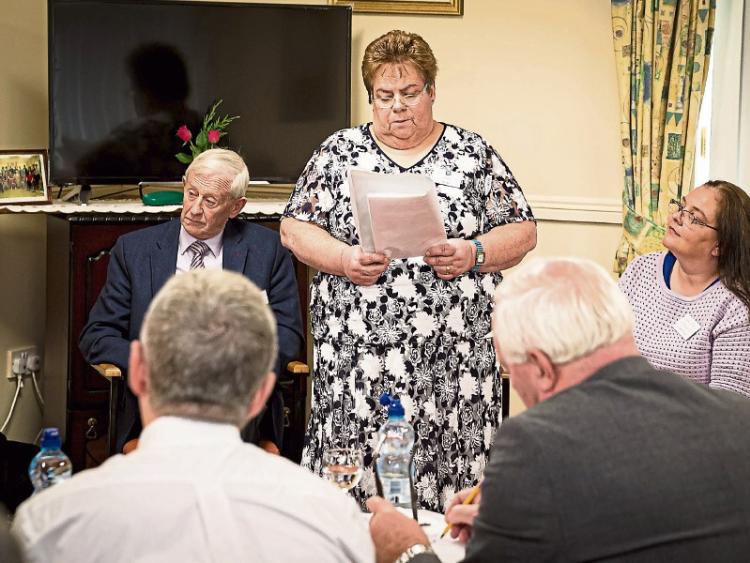 St Michael's Day Care Centre services all of East Limerick, catering for up to 35 people per day and also hosts seven users from St. Vincent’s in Lisnagry Picture: Keith Wiseman

JUDGES from this year’s Pride of Place Awards were treated to a St Michael’s Day Care Centre experience when they spent a day at the facility to see how the operation works.

They were greeted at the door by Liz Grant, manager of the centre, as well as other staff, on Thursday, September 5 at 10am sharp. The judges then were lead into the living room and were given a presentation followed by a question and answer session.

From There, they were shown some of the centre’s facilities including their sensory room, hairdressing facilities and the showers.

“It was a normal working day for us. So everything went on as it normally does,” said Mrs Grant, whose operation runs as smoothly as clockwork.

The judges were then offered a chance to witness some of the centre's activities, which include art, sewing, exercise, chat time, prayer time and bingo.

St Michael’s Day Care Centre is a care facility for the elderly and will be representing Limerick in the Age-Friendly category in this year’s awards.

“A lot of patients come in by bus from all over East Limerick,” said Liz, “and the bus services a different area. If they can source their own transport, they can come in whenever they like.”

Mrs Grant has a lot of pride in the Cappamore centre and says they are honoured to be in with a chance of winning the award.

“The care centre is vibrant and very lively. Something is always going on. Stimulation is very important. The idea is to keep people in their own environment for as long as possible.

“I don’t know what the prize is, but it would be greatly recognised for the work we do. It is a very prestigious award. It would be a boost for the county as well because we are representing the county.”

“People, even people in the area, might not realise just how much work we do. It is a facility for everyone. We are all getting older and some of us are closer than others. It can be fierce lonely at that age. And it means a lot to the people who use it. They all dress up, for them it is a day out.”

The Pride of Place 2019 awards are presented in association with Co-operation Ireland and marks the 17th anniversary of the competition which has enjoyed tremendous success and continues to grow. The purpose of the competition is to acknowledge the work being done every day by communities all over the island of Ireland. Limerick has an impressive track record in the competition, with Children’s Grief Centre winning in the Communities Reaching Out Initiative in 2018.

Read also:  Abbeyfeale comes out in force to demonstrate pride in its community