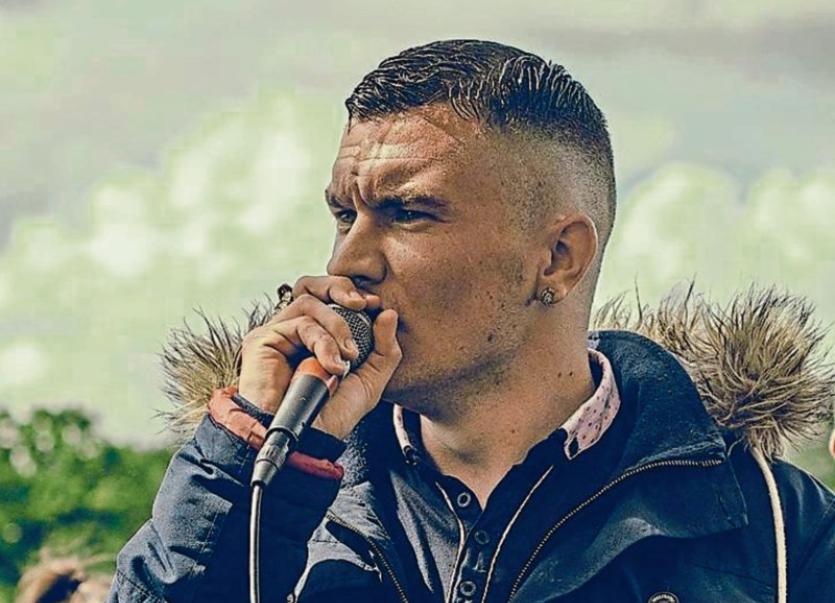 A LIMERICK man is hoping that his award-winning script will help inspire young people in Limerick to follow his dreams.

William Casey, who lives in O'Brien's Bridge but is originally from Weston, hopes to show people living in some of Limerick’s most disadvantaged areas ‘value in where they live.’

William is the original writer of Innocent Boy, a ten-minute short film which was written in part by Cluster Fox Films, and was announced as winner of the Virgin Media Discovers Short Film Competition which had a prize fund of €35k to produce the film.

“The plot features a young travelling boy with hearing difficulties, who finds love and happiness between himself and his horse. They are united by a sense of freedom, that becomes his escape from society and the discrimination that comes with it,” said William.

This is William’s first attempt at script writing; he usually uses his prowess with language to further his spoken word and rapping career, under the stage name WillZee.

“The goal for having the film aired is to inspire kids and teens even adults to follow their dream. I want to bring camera crews into neighbourhoods like Weston and show them that there is value in where they live,” said William.

William, a Traveller who grew up in a settled background, also hopes this film can break down some of the social barriers between the Travelling community and the settled community.

“Some of the best fights in life are won through education. I wanted to tackle society in a way that people could see it for themselves, and have their own feelings. I grew up in a foster family, with the best foster parents a young lad could ever ask for. I have seen both sides of this story.

“The one thing that never left me was my heritage. I’m glad it didn’t because that’s where this project came from.

“Before plastic came into life there was tin, and in that, there was a place for a tinker. Now, that age is gone, there is no place for Travellers. Every time we try to develop something in our culture, it is taken away from us. Our horses are the perfect example.

“But travelling culture has its own issues. We have this get up and get on with it mentality. There is no stopping and talking and thinking about it. I would like to see that change and see people talk more,” he finished.

John Connors has some experience with film writing, having written the screenplay for the highly-rated film Cardboard Gangsters (see trailer below). He saw the potential William’s idea had to offer.

“When I saw William’s script I could see there was something special about it. It was absolutely brilliant. He has a lot of talent. We took it and did some edits to make the final screenplay.

“I am really excited about the film, it has a realness to it. It has conflict and tackles some hard issues such as suicide, discrimination, and classism,” said John.

“It is quite possible we will have some shots in Limerick,” he added.

Over 600 aspiring screenwriters and film industry professionals from across Ireland, Scotland, England and America sent in their submissions under the theme ‘Discover Different’.

The competition was designed to discover the most thought-provoking and entertaining content and the next big name in Irish filmmaking. Entrants were invited to submit a 10-minute short film script and were challenged to be bold, different and fearless with their work.