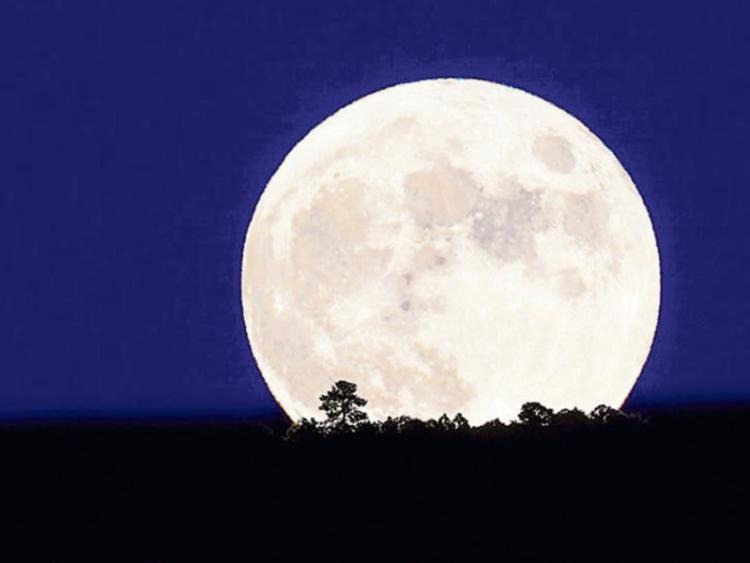 During a full moon, it is the pattern of the darker areas that produce what is commonly referred to as, the ‘Man in the Moon’

In keeping with the theme of last week of what we can see without a telescope, the brightest object in the night sky is the moon.

Despite its apparent brightness, the surface of the moon is quite dark having the same reflectivity as a blackboard.

It only appears bright due to the illuminating effect of the Sun. The moon is one of the most easily viewed objects in the night sky and even to the untrained eye, it is possible to pick out some of its interesting features.

For instance, there are quite obviously lighter and darker areas that make up the surface of the moon.

The light areas are the mountainous highlands and the dark areas are impact basins that were filled with lava billions of years ago.

During a full moon, it is the pattern of these darker areas that produce, what is commonly referred to as, the ‘Man in the Moon’.

Another feature that is easily spotted on the surface of the moon is that of impact craters. The bright spot that appears in the southern highlands is in fact one of the most prominent craters on the moon, Tycho.

The bright streaks that appear to radiate out from this crater is actually material that was ejected during the impact event. These craters are a reminder of the early bombardment by asteroids and comets that our own planet suffered during its early formation.

You might be wondering why we always see the same features and therefore always the same side of the moon?

This is because the moon spins on its axis at the same speed that it orbits the Earth, which is why we always see the same side (the near side), a phenomenon known as tidal locking.

However, while we might always view the near side of the moon, it can look different from night to night. Sometimes we can see the entire moon while other times it disappears altogether.

Over the course of a month, these different phases of the moon represent the part of the moon that is illuminated by the Sun as viewed from Earth.

During a new moon, only the far side of the moon is illuminated so we do not see the moon at all.

A waxing moon describes the moon as it becomes more illuminated passing through the crescent, first quarter, gibbous and full moon phases.

From this point the waning moon (becomes less illuminated) passes through the same phases (gibbous, last quarter, crescent) before returning to the new moon. The term quarter can be confusing as half of the moon is visible but it actually refers to the location of the moon in the monthly orbital cycle.