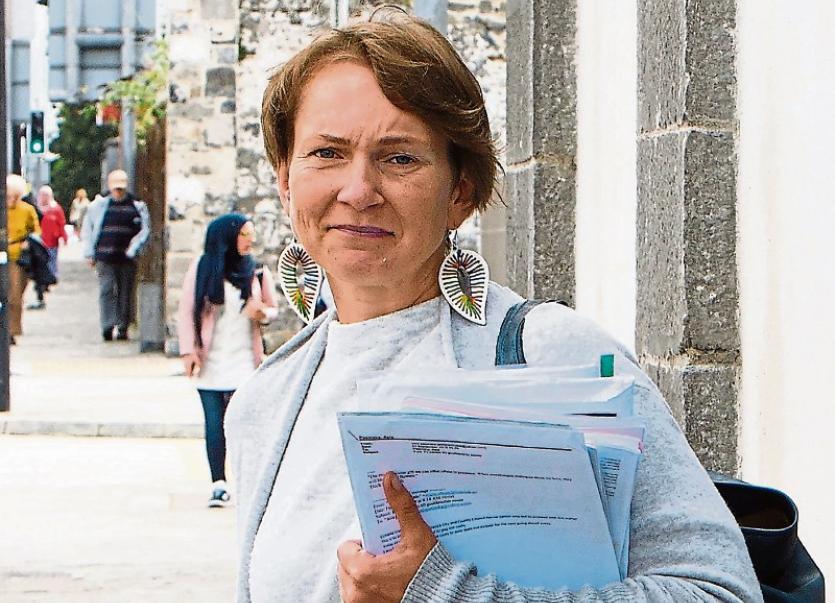 THE MOTHER-of-three, who was forced to remove solar panels from her roof after facing prosecution by Limerick City and County Council, has said that there was one week she couldn’t afford food because of the two-year saga.

Asia Pasinska installed 21 solar panels on her home in Gouldavoher, on the outskirts of Limerick city, and was refused retention by the council in 2018.

Ms Pasinska was later fined €750 for failing to comply with an enforcement notice at Kilmallock District Court in November 2018.

However, in a landmark ruling, An Bord Pleanala vindicated Ms Pasinska, and gave her permission to restore her 21 solar panels in order to render her home almost 100% green.

Though she was satisfied with the planning authority’s decision, she said the two-year saga has left her €5,000 out of pocket due to the cost of removing the PV panels, installation of a boiler, and the processing of applications and paperwork.

She said Friends of the Environment aided her with a report which would have cost her around €3,500. Ms Pasinska has said she hopes to appeal the court’s decision to fine her, though the deadline to pay the fine is the end of next month.

“As long as I am not hurting somebody else, why can’t I just get on with my life? Why wasn’t I allowed to produce green energy when I wasn’t doing anything wrong?

“Yes, I have a great satisfaction and, yes, we won the case, but I don’t think I should have to [pay the fine]. I think this Government is to protect us from pollution, not to stop from us from fighting the problem.”

Asked how the saga has financially impacted her family, she said:  “In January last year, my friends would help me out with giving me food. That is how bad it got. There was one week that I genuinely didn’t have money to buy any food. It really crippled me.”

“The whole process made me depressed,” Ms Pasinska added.

In a statement to the Leader in July, Green Party leader Eamon Ryan said his party welcomed the decision, and that it was an “important test case”, adding that the regulations surrounding solar panels are “ too restrictive”.

“Hopefully, Minister Eoghan Murphy will now change the regulations to help us get more widespread deployment of solar panels on homes, schools and office buildings right across the country.”

Speaking to the Leader at the time of the decision, Ms Pasinska said: “I really hope that this is a turning point and others will not have to go through what I went through, to be green. I want to thank Friends if Earth, Friends of Irish Environmental, An Taisce, Community Power and Eamon Ryan for their support. I am glad I followed  what I believe in.”

An Bord Pleanala stated that the development “would not be visually obtrusive, would not give rise to nuisance from glint and glare, would not seriously injure the visual or residential amenities of the area, and would not establish an undesirable precedent”.

The board’s inspector, however, had said it “would establish an undesirable precedent which could lead to further similar applications, the cumulative effect of which would seriously injure the visual and residential amenities of the area”.  Ms Pasinska has set up a GoFundMe page here for those who want to donate to cover her costs. So far, she has raised over €300.

Read also: Limerick gets €6.5m for its part in research project to tackle climate change