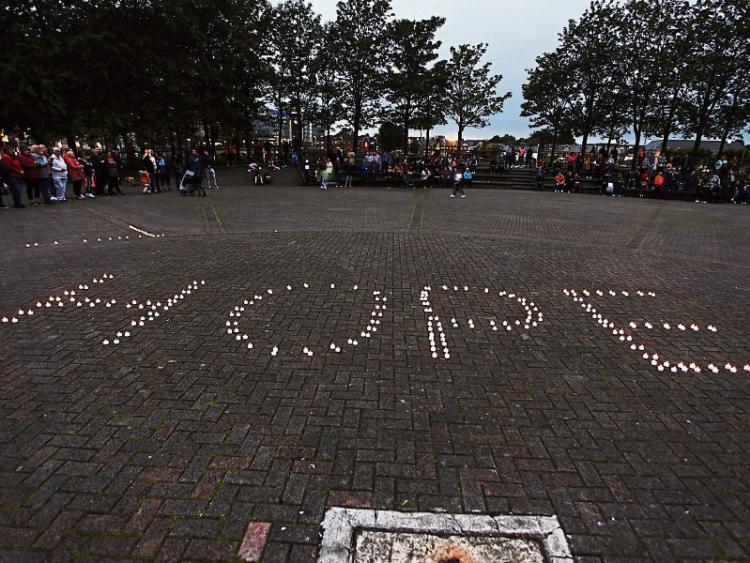 A DEMONSTRATION will take place outside City Hall this Monday morning as the monthly metropolitan meeting is taking place.

The Stand up for Mental Health group will hold the protest, which comes in the wake of a recent escalation in city river rescues.

At the same time, a motion from Sinn Fein councillor John Costelloe will call for a council-owned vacant site to be used as a permanent base for the two suicide prevention patrols operating on the riverbanks.

The motion will also seek a 24-hour on-call crisis counsellor with a quiet room, and the implementation of a proven mental health awareness programme into all schools.

Seónaidh Ní Shíomóin, a member of the campaign does not believe there is political will to tackle the mental health crisis in Limerick, which has twice the national rate of suicide and the highest rate of adolescent self-harm.

“It's glaringly obvious, after recent tragic events, that the mental health crisis in Limerick continues to spiral out of control. We demand that our local elected representatives and Limerick City and County Council take responsibility for our city now, as promised in their Local Economic and Community Plan 2016-2021,” she said.

Dean Quinn, who is also an activist with the campaign added: “The people of Limerick have had enough of the powers that be, who just seem to sit and look on without a care in the world, while people suffer on with nowhere to go, no facility fit enough to cater for them. We need our council to back our ideas and put interventions in place to help.”

Anyone is​ welcome to join the protest, which begins at 10am. People are asked to bring along pictures of loved ones, which will be placed on the steps of City Hall.