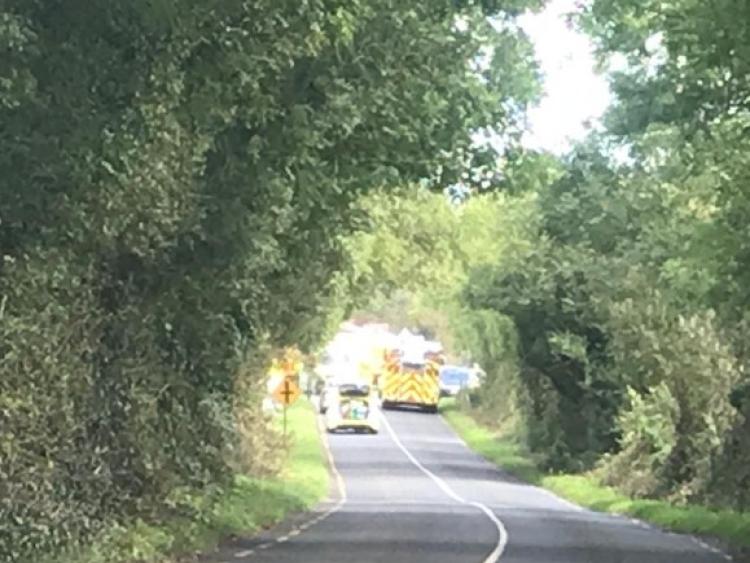 One local told the Leader: “He is a little angel in heaven now, nothing is surer. It would break your heart.”

At 2pm on Friday afternoon gardaí were called to the scene of a serious road traffic collision involving two cars at Knocknacarrga, Cappamore.

Gardai broke the terrible news late on Friday night that the baby had passed away.

“Our hearts go out to them and we keep them all in our prayers,” said Fr Donovan.

He described the Ryan family as “very well-liked and well-respected in the locality”.

A local said Danielle is a "great mum". One poignant photo on her Facebook page shows her kissing Dion shortly after he was born in May.

“She has a daughter as well. It is so sad for the whole family. She was always putting photos of her children up on Facebook. She was a well-known local girl and had a real lovable personality. We hope she makes a full recovery,” said the local.

Danielle has worked as carer in a nursing home and is described as a hard-worker. The generous young lady asked for donations to the National Suicide Prevention Lifeline last year instead of getting birthday presents.

Local councillor, Martin Ryan said it is a “terrible tragedy”.

“Anyone I have spoken to today is shocked  - everyone is just numb. Our hearts go out to all involved. In every accident there are people involved on both sides so our hearts go out to them all. We hope that anyone injured will recover and come back to good health,” said Cllr Ryan, who expressed his condolences on behalf of local community to the Ryan family on their tragic loss of baby Dion.

Gardaí are appealing for any witnesses who were travelling at approximately 2pm at Knocknacarrga, Cappamore, particularly any motorists who were travelling in the area and may have dashcam Footage, to contact Bruff Garda Station on 061 382947 or the Garda Confidential Line on 1800 666 111.