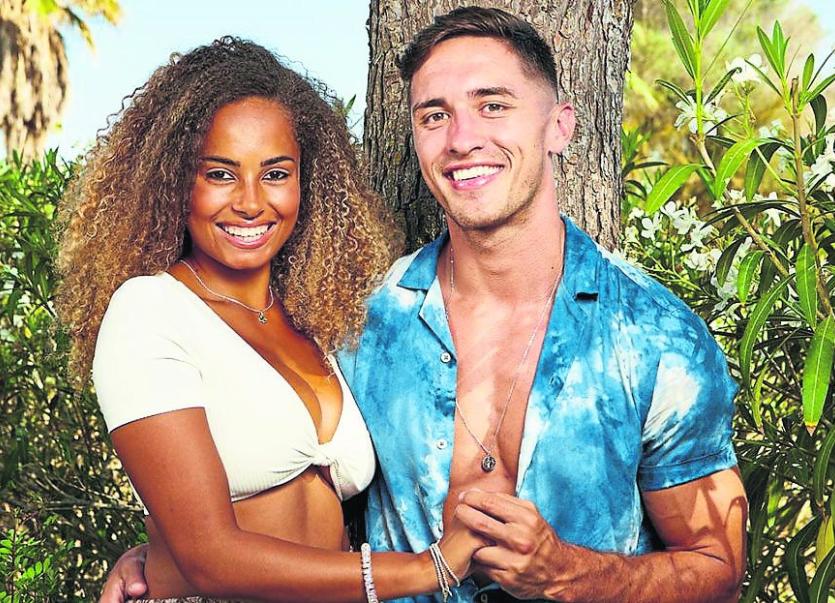 LIMERICK’S Love Island star, Greg O’Shea, has set the record straight over his and Amber’s break up.

The Corbally Rugby Sevens player opened up about the break up during an appearance on The Late Late Show, on RTE 1.

Greg also confirmed he is joining Doireann Garrihy on the 2FM Breakfast show while Eoghan McDermott, the regular presenter, is doing voiceover work for Love Island Australia, which will take place in Fiji. The Limerick man will join the show for nine weeks from Monday, September 23 until Wednesday, November 20.

Greg appeared on the show without Amber, who dropped out last minute after it was rumoured the couple had split up.

Speaking to host Ryan Tubridy, Greg said: “Well, first of all, I know it’s the old saying, don’t believe everything you read, ok. Me and Amber have been chatting over the last few days, over phone calls, this whole text thing isn’t true, people just want to sell stories.

“We’re mad about each other, what’s not to be mad about? Gorgeous, smart, funny, she is the queen of Love Island for a reason.’

He went on: “She lives in the UK, every brand wants to work with her, every event wants her there, of course, she deserves all of it.

“I decided to come back to Ireland. I am doing my thing here. I am trying to get to the Olympics with the Sevens Team, I’ve my law exams coming up. We have both been jam-packed busy and you have to take these opportunities by the scruff of the neck.”

Greg denied that he had broken up with Amber over text, saying instead it had happened over time.

“It was over a long time, it wasn’t just over one text. I’m mad about her, and I hope she is mad about me.”

Ryan asked: “But for now it’s not happening?’ to which Greg replied: “Pretty much.”

This is the first time Greg has spoken about the breakup, however, rumours had been circulating throughout the day.

"I decided to come back to Ireland and do my thing here" #LoveIsland winner @GOSofficialpage clears up those rumours about him and @AmberRoseGill. #LateLate pic.twitter.com/b4C1EVgZhJ