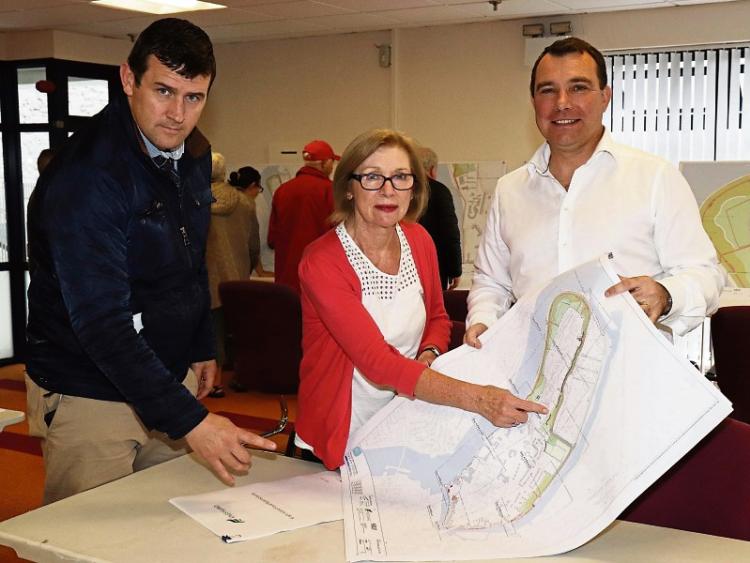 LIMERICK City and County Council says it hopes to lodge a planning application for the King’s Island Flood Relief Scheme in the coming weeks.

The local authority has begun a public consultation process after publishing updated plans for the project which will cost around €20millon to complete.

Given the scale and nature of the scheme, the application will be submitted to An Bord Pleanála for its consideration.

“Since our last public information day (in 2017) we employed a landscape architect to try to improve the aesthetics of the scheme – so it’s essentially the same scheme but it has been enhanced to make it visually more pleasing – particularly around St Mary’s Park and some of the walls and glass panels,” explained senior executive engineer Kieran O’Gorman.

While there has been general support for the much-needed scheme, one matter that was raised at a public information evening was the impact it could have on Athlunkard Boat Club and its ability to expand in the future.

“The issue with the boat club is that they are going to lose their present entrance and we had agreed that the entrance would be moved further up the Abbey River but the piece of land they have on the inside, we were looking for a retaining wall – it’s a small thing in the overall scheme of things but it’s vitally important to the boat club going forward,” said former mayor and councillor John Gilligan.

Cllr Frankie Daly, who topped the poll in May’s local elections, says the priority is that the flood relief scheme is progressed quickly to ensure there is no repeat of what happened in 2014.

“It’s taken a long time to get here and I’m happy from that point of view and I welcome it with open arms but we still need to be mindful that at this point in the programme we need to take on board people’s ideas and thoughts around what they might feel – the consultation needs to be meaningful,” he told The Leader.