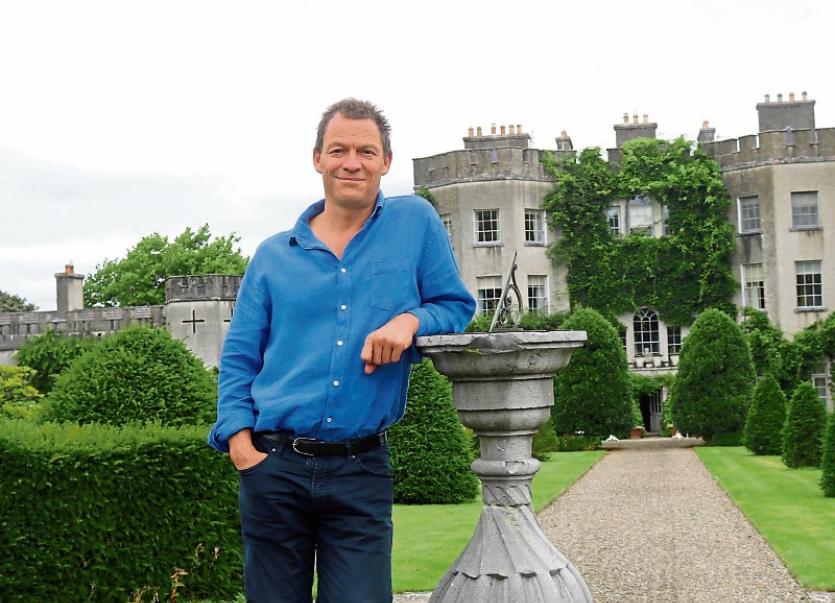 THE 800 people lucky enough to obtain tickets to The Colleen Bawn at Glin Castle next are in for a treat, according to those close to the action.

But for  those unfortunate enough to miss out on seeing Hollywood star Dominic West up close and personal on a local stage, there will be a later chance to enjoy the performances when it is released in video later in the year.

Meanwhile, however, the tickets for the two-show sell-out event, taking place at 8pm on Monday and Tuesday, are being guarded like gold-dust or winning Lotto tickets.

“I think people will enjoy it,” said John Anthony Culhane, chairman of the Glin Development Association which is behind the undertaking and which they hope will raise funds for a proposed visitor centre in the village. There is a great sense of drama and of rising tension, with music and dancing adding to the storyline, according to Mr Culhane.

Local historian, Tom Donovan, agrees. The play was written by Joe Murphy, the former director of St John’s Theatre and Arts Centre in Listowel and is being produced by Loughill’s Eleanor McSweeney.

“It is very well done,” he said. Having seen a number of different versions of the Colleen Bawn story over the years, he declared Joe Murphy’s to be the best.

Mr Donovan, who has a small part in the play itself, will take centre stage this Friday evening when he delivers a talk on the story of the Colleen Bawn at Cloverfield Day Care Centre in Glin at 8pm.

It is, he said, an intriguing story and one that continues to intrigue 200 years after the young Limerick girl, Ellen Hanly was seduced and tricked into a false marriage by a mid-ranking landowner’s son, and then murdered at his bidding.

This story had all the elements: religion with Catholic versus Protestant, class, with middle-class versus peasant and then love and it was glamorised down through the years.”

His own research has thrown up some great nuggets of information which will form part of his lecture on Friday. Gerald Griffin, the  Loughill writer and neighbour of Scanlan, attended the trial “but it was never reported even though Daniel O’Connell defended Scanlan”, Mr Donovan pointed out.

Later, Griffin was to fictionalise the story in his play The Collegians.

He also discovered that Ellen Walsh, a friend of the murdered girl, and a witness at the trial, had to be given police protection when she returned to Glin.

Joe Murphy’s play will bring the story to life next Monday and Tuesday in a large marquee within the grounds of Glin Castle.

The marquee will host the wedding of Dominic West’s niece over the weekend before being transformed into a theatre. Dominic West will join the cast of local actors, dancers and musicians  as the narrator and will also play the part of the Knight of Glin who was a local magistrate at the time of the murder and who oversaw the inquest.

The Colleen Bawn events will top and tail another up-and-coming event, the Glin Triathlon which takes place on Saturday. Spectators will be welcome to watch over 160 people  take part in a  750m swim, followed by a 24km cycle and then a 6km run.

“It is a great event for spectators,” Marie Geoghegan said. The action kicks off at the pier at 12.30 and finishes in the Square from 3.30.

Read also, the best guide to events in Limerick: Things what are on in Limerick