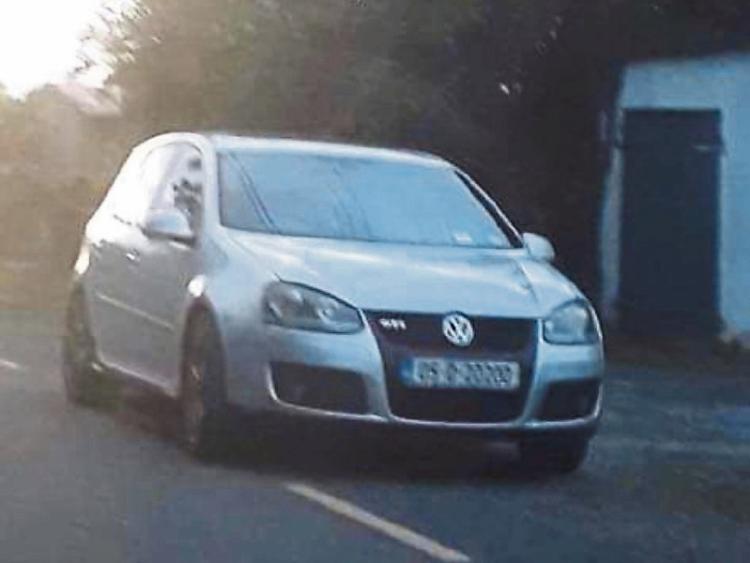 The victim's friend posted the following image on Facebook

GARDAI are investigating a serious break-in at a house near Ballingarry which  involved four men wearing balaclavas.

The incident took place shortly after  8pm on Monday night when a mother and daughter returned home to find three masked men in the house while the driver  of the getaway car, who was also masked, sat outside.

In a message posted on social media, the woman graphically described the horrifying scenario that met them. “Three guys broke into my house on the Bruff Line near Snow’s Cross, Ballingarry between 8.00pm and 8.20pm and wrecked it,” she said in the message, which was  posted on her behalf by a friend.

“I was just coming back and found them. My poor daughter was in the car and terrified.”

“All wore balaclavas. Four men, tall, slim build. Three in the house and one driver.”

The woman had the presence of mind to photograph the car, a silver Volkswagen, with a Dublin registration 05 D 20200 and asked anyone with information to contact the gardai.

Inspector Andrew Lacey, Newcastle West garda division, said this Wednesday that they were continuing to investigate the incident.

When the incident was reported to gardai, he added, a text alert with details of the car was sent out.

“Any help that people can give us would be welcome,” Inspector Lacey said. There had been no similar break-ins in the area, he explained, and no other reports of a masked gang operating in the vicinity.

But he urged people to be vigilant, to secure their property.

“Above all, he warned, if anyone else met with a similar scenario, they should move away and alert the gardai.

Anyone with any information that they think might be useful should contact Newcastle West gardai on 069 20650 or any garda station.