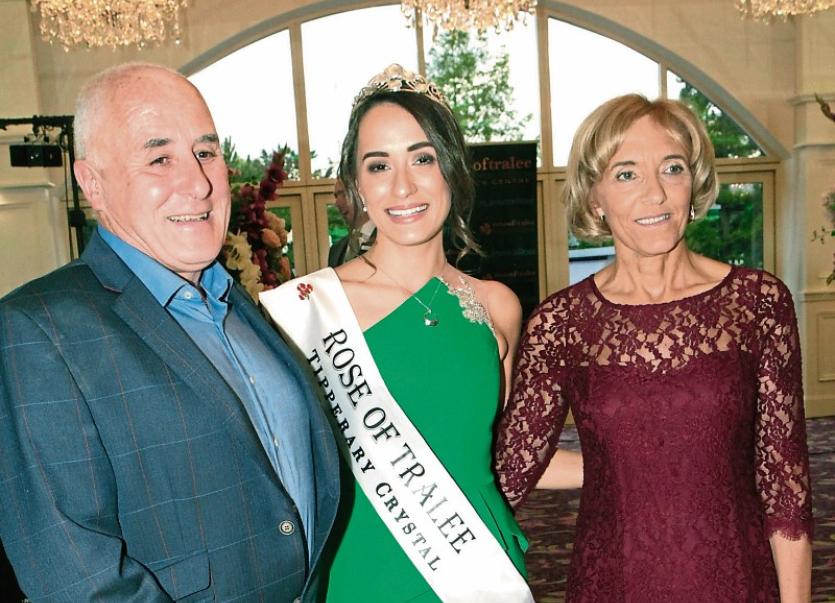 THE International Rose of Tralee Sinéad Flanagan says she’s looking forward to representing Limerick at home and abroad over the next twelve months.

The 28-year-old was speaking during a homecoming reception at the Woodlands House Hotel in Adare following her success at the Dome in Tralee last week.

Family, friends and supporters formed a guard of honour as the junior doctor made her way to the ballroom where the celebration took place.

“I’m so proud to represent all of you, Adare, Limerick and the festival,” said Sinéad, whose home is just a stone’s throw from the hotel.

“It is my ultimate honour and I’ve come to realise that it’s such a fantastic honour to be bestowed with and I really am looking forward to representing everyone over the next year – we shall have a fantastic time and it’s great for our fabulous county,” said Sinéad who is the third Limerick Rose to win the International Rose of Tralee title.

Speaking at the homecoming, Deputy Mayor of Limerick, Cllr Adam Teskey, said everyone in Adare and Limerick was "over the moon" when Sinéad was announced as the winner last Tuesday night.

“It was a mark of the type of person Sinéad is that she, herself, was shocked that her name was called out as the winner. She is the epitome of a modern Limerick and Irish woman. Beautiful, strong, determined, educated, kind, caring, humorous and humble,” he said.

Sinéad's dad, Padraig, praised the extraordinary work that is done by the Rose of Tralee committee to ensure the festival is such a success each year.

Representatives of the Rose of Tralee festival attended the homecoming as did members of the Limerick Rose Centre.