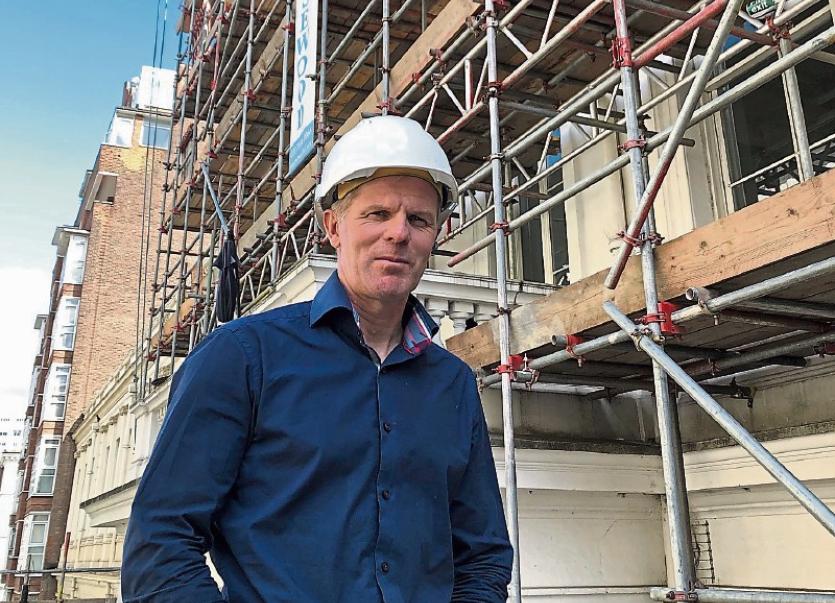 A NEW book by a Limerick-born construction engineer takes a sideways look at the building industry, in Britain and Ireland.

Patrick Butler, 45, grew up in a construction family in the city, the company notably building large scale luxury homes on the Ennis Road.

When the world economy collapsed in 2008, Patrick, like many other Irish people made the move overseas, heading to London, where due to the impending 2012 Olympic Games, the recession wasn’t quite as severe.

Over the decade, he built up a pile of anecdotes and experiences of working in the British capital – and Poland in hardback notebooks, which he kept beside his bed. The result of this is his debut novel ‘This Construction Life’.

“Eventually, I couldn’t close the door beside the bed. So I decided I had to do something with all this information. Earlier in the year, I went to America for three weeks and wrote the body of the book there,” he explained.

Patrick, who still lives in West London and works in luxury restoration, admits some of the experiences he has come across are unprintable. As a contractor, he admits working around-the-clock as he “punched above his weight” to secure deals.

”I’ve come across everything from guys who make poitin and had a tipple of it every day in their tea. They say if they were dug up in 500 years, there would be no change in them. I have met a lot of London characters, people who’d surprise you with their skills,” he added.

This Construction Life is for sale through Amazon, in both paperback and Kindle format.