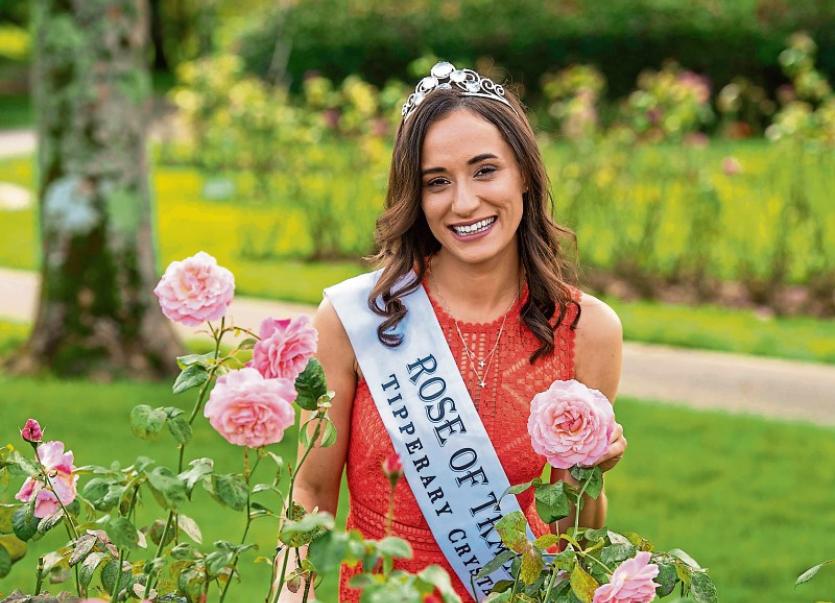 THE NEWLY crowned Rose of Tralee, Limerick Rose Sinéad Flanagan is to return to her home parish of Adare this Thursday for a special homecoming party.

The celebration is to take place in Fitzgerald’s Woodlands House Hotel to mark the 27-year-old's success in becoming only the third woman representing Limerick to take the coveted international title.

The junior doctor from Adare told the Leader she was “shocked and delighted” following the win.

“I was in utter shock for 30 seconds,” she told the Limerick Leader, “all the girls came around me and held me up.

“I think my mind had left the building for a minute, I was in complete awe.”

“It’s amazing, I’m really proud,” said Sinéad, “25 years is a long time, and Limerick has a proud tradition of having a strong Rose Centre and I’m so proud to represent our fine county and city - not everyone gets to represent their county, so it’s great.”

RTÉ’s Dáithí Ó Sé announced the result in front of a huge domestic and global TV audience and the 2,000 people in the Festival Dome on Tuesday night.

As of earlier on Tuesday evening, Sinéad was the favourite to win the competition with even odds placed following her TV appearance.

Sinead took to the stage in Tralee shortly before the 9 o’clock news on RTÉ.

“I was just totally in the moment,” she said.

“I was very nervous before going on, but then on stage it was fine.

“We all know Dáithí fairly well and he has a very calming and reassuring presence, so it’s just like having a chat.”

Sinead spoke about her family, with her father hailing from Roscommon and her mother originally from Cork.

“Limerick is known for its support no matter what the cause, I’ve great Limerick company here tonight,” she said.

The Limerick Rose has lived in Adare since she was a teenager, and commented on the Ryder Cup coming to the village in 2026.

“Hopefully JP will sort out the bypass,” she laughed, “Adare is fantastic but sometimes the traffic can be an issue.”

The presenter posed a question on waiting times and trolley crises within Irish hospitals.

“I don’t think you get the praise you should get,” said Daithi.

“I think we do, patients are so nice coming in. People understand that it’s not the doctors or the nurses' problem, they’re not causing the fault.

“There’s great team spirit in the hospital,” Sinead added. She has hopes to specialise in infectious diseases and microbiology in the future.

Sinéad qualified as a physiotherapist at University of Limerick before studying Medicine in University College Cork, and is currently working as a junior doctor in Cork.

The win follows Corbally man Greg O’Shea’s recent success in Love Island, with Limerick shooting to stardom with both wins occurring in the space of a few weeks.

Coincidentally, Sinéad and Greg both attended the same school, Crescent Comprehensive College, at the same time.

“Limerick’s not too big in that sense so everyone knows everyone,” laughed Sinéad.

“But yeah, we were in the same school, it would be great to have a little reunion perhaps!”

Sinéad says she is taking in her win “little by little”, with hopes to return to work soon after the celebrations have allfinished.

“It’s very important to me that I go back after spending so much time in college for it,” she laughed.