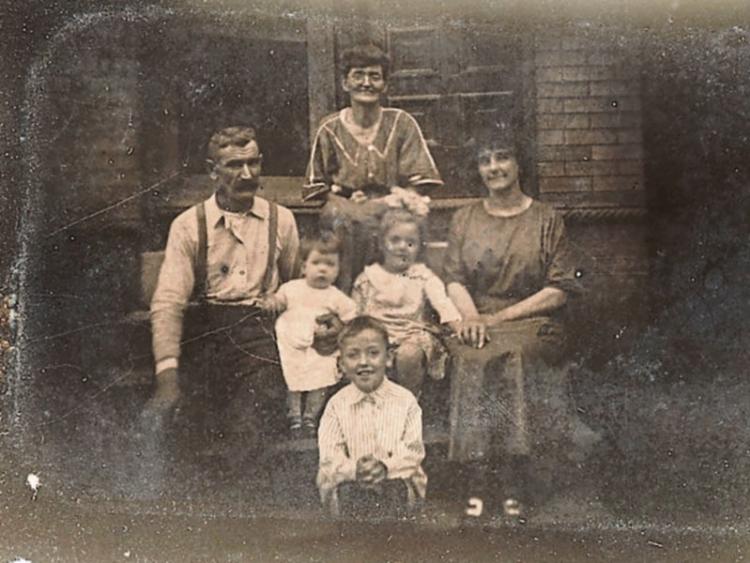 SHE has made four trips to Limerick, had extensive research done through Limerick genealogist Caitríona Crowe and has met and befriended quite a few of her long-lost relations on her grandmother’s side of the family.

But a decade after she began her family tree research in St Louis, Missouri, Linda Finkes is still trying to track down her O’Connor relations from Kilconlea Upper, Abbeyfeale.

Her last planned trip to Limerick, earlier this summer, had to be abandoned due to illness but now Linda is pinning her hopes on Limerick Leader readers.

“I suspect most children are not particularly interested in their heritage until later in life. Such was the case when my interest in my heritage began ten years ago, which unfortunately was after my mother and her two siblings had passed away and there was no one left to question,” she explained to the Limerick Leader.

But from old letters, postcards and other papers left by an aunt, she was able to piece enough together to get started.

Linda never met her grandfather, Dennis O’Connor nor her grandmother Mary Agnes Leahy. They were both dead before she was born, and among the surprises thrown up by her research, was the fact that they were both actually older than was stated on their St Louis headstones.

Dennis, she explains was born in August of 1877 in Kilconlea Upper. “He was one of five children, three of whom emigrated to St. Louis.”

The census of 1911, Linda explains, shows her great-grandmother Helen and her two granduncles William and Jeremiah, all still residing in the house in Kilconlea Upper. William’s wife Anna Lane also lived there.

Linda has seen confirmation in Cobh of ships’ records with Dennis O’Connor and Mary Agnes Leahy registered as passengers.

And she has been able to obtain valuable documents relating to them: their birth certificates; heir marriage certificates from the City of St. Louis and the Archdiocese of St. Louis on November 22, 1908. The couple had three children, one of whom Rose was Linda’s mother.

But despite having contacted more than one O’Connor family in the Abbeyfeale area, she hasn’t been able to reach any of her grandfather’s relations here in Ireland.

She has been much luckier on her grandmother’s side, tracing cousins, finding old photographs and even being able to visit the house in Tournafulla which her grandmother left and which is no longer inhabited. She was able too to walk the Leahy farm, now owned by a different family.

Along the way, Linda has also been able to realise another cherished wish. In 2012, thanks to being second-generation, she was able to claim Irish citizenship.

Now her hope is that some reader has information which will help her in her search and reunite her with her O’Connor cousins. If you have any information, please get in touch.