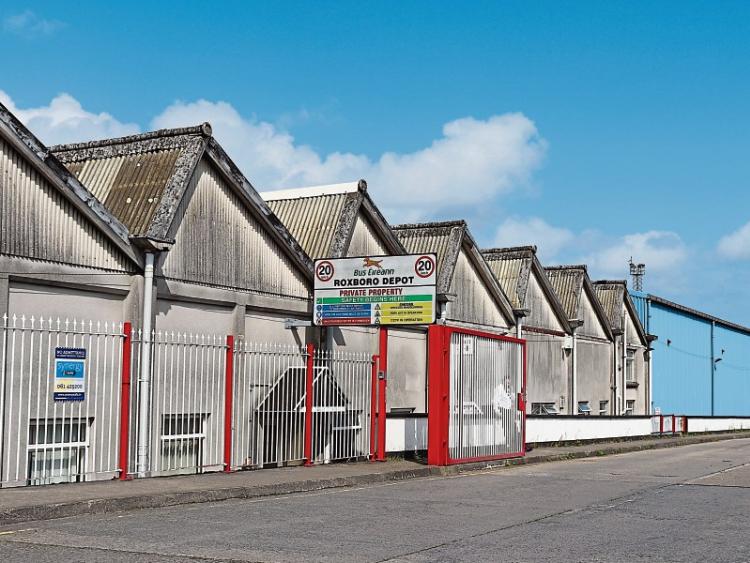 The bus depot at Roxboro Road

BUS Eireann looks set to build a new office to replace the ageing structure at its depot in Roxboro.

The semi-state transport firm has put out a request for contractors to take on the project, and it’s hoped construction work will kick off next year.

The new building, the tender request reveals, will contain staff offices on the ground floor, together with canteens, locker rooms and toilets.

The first floor of the structure will be primarily open plan office space. Planning permission is already in place for the scheme, and architectural and structural designs are almost complete.

The new structure will be next to the existing garage building. This dates from two periods: the 1950s and the 1970s.

There will be a second contract issued in due course for reconfiguration of this building.

“I’m about to meet Bus Eireann about a variety of different issues in my role as chairman of the transport SPC. Any investment in infrastructure has to be welcomed, particularly from the point of view of the employees. I am not familiar with that building, but I'm familiar with the site. It's quite an old site. So one would suspect that the building would be quite old and jaded and need of modernisation.

“From the public's point of view, if the investment is going to mean ultimately the employees in Bus Eireann can work collaboratively in delivering a better and more efficient public transport system which is what it's all about, one would have to welcome it,” he added.

The bus depot on the Roxboro Road is where Limerick’s fleet of public service and school buses are based at night, and are also maintained. A spokesperson for the bus firm confirmed the works.

They said: “The works specified in the Request For Tender document pertains to the construction of new office and depot accommodation in Roxboro. The works form part of the on-going development of the Roxboro depot and construction is scheduled to commence in 2020.”