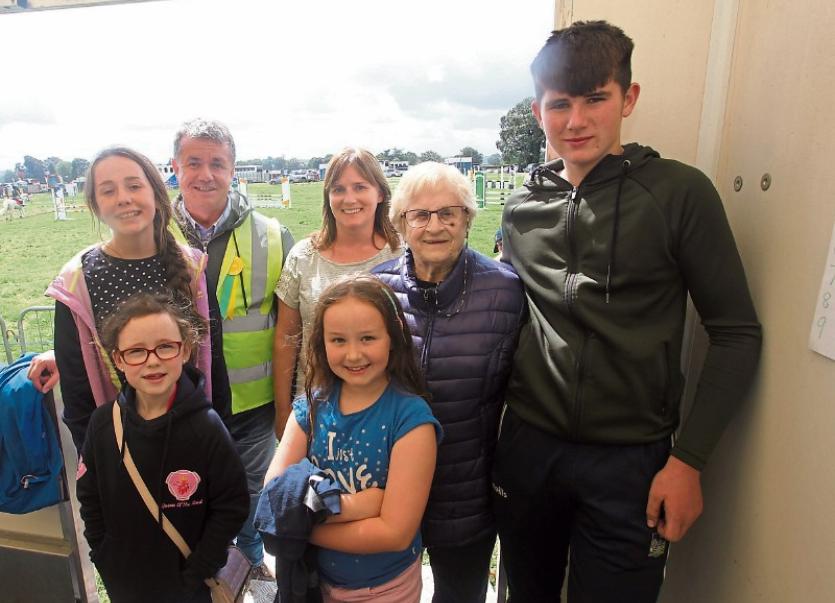 THE OVER 130 strong Cappamore Show committee is like a big family.

It is passed down through the generations and there are few better examples than Phyllis Ryan. At 83 years of age - although she certainly doesn’t look it - she can be found taking in the money in the showjumping section.

“She keeps track of every cent. She is the minister for finance up here,” smiled Carmel, who is also on the showjumping committee.

One of the most prestigious prizes on the day is the Martin Ryan cup. The businessman was a big supporter of the show and Carmel won the cup back in 1990.

“The Ryans’ had a beautiful pony called Misty Millie. Mum bought her from them but sometimes she escaped and galloped back down the road back in to her old stable. She only died two years ago at 33 years of age.

“Candy Cusack who was judging back in 1990 is still judging too. Many of them are here generations. Once you are on the show committee you are not allowed out. It is a long day but you get paid in tea and sandwiches!” she laughed.

Phyllis’ sons Brendan and Tim did showjumping when they were younger and Phyllis got involved.

“I do enjoy it. It is no bother. It is great to be able,” said Phyliis, who works alongside Aisling Heffernan and Claire Keating, the Limerick camogie goalkeeper.

Phyllis’ son, Cllr Martin Ryan, is a steward in the showjumping section. As well as his mum’s involvement he said his father was a big supporter of Cappamore Show and it was the highlight of his year. Sadly the Martin Ryan cup became a memorial cup after his passing in 1999.

“Martin is down at the cattle section with his friends. I haven’t seen him all day! The girls enter the baking and crafts,” said Cllr Ryan. Another generation of Ryans getting involved in the show.