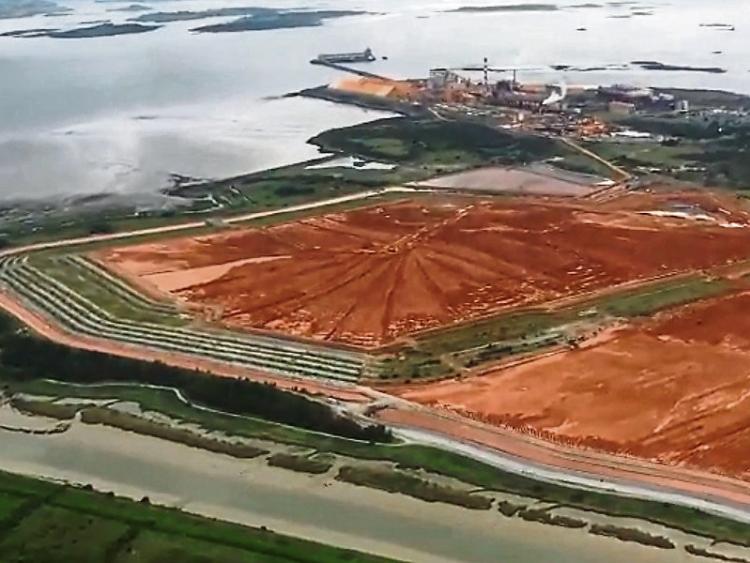 THE Cappagh Farmers Support Group has called on Limerick City and County Council to investigate a possible breach of planning permission by RusAl Aughinish Alumina.

The call comes following the revelations in last week’s Limerick Leader that repairs are currently being carried out on the sea defence wall at the Aughinish plant. The repairs, a spokeswoman for the Environmental Protection Agency (EPA)  confirmed, began in July and are to continue until September.

However, a request to RusAl Aughinish from the Limerick Leader to allow this reporter and a photographer on site to see the repair work being carried out has been met with silence.

Pat Geoghegan of the Cappagh Farmers Support Group has said that the admission by Aughinish that repairs to the sea defence wall were needed was “serious”. This wall, he said, was the “last line of defence” in preventing red mud from polluting the river.

“Independent experts must be brought in to examine the sea wall to ensure it is safe, because of what is behind it: 50 million tonnes of toxic waste,” he said.

Approximately 170 acres of the 250 acre mud pond are not lined, Mr Geoghegan pointed out,  which they fear could be leading to leakage of red mud. The sea-wall is the last line of defence against this,  he argued, and a compromised wall would be a very serious matter.

His contention is that this could be a breach of Aughinish’s planning permission and he and the Cappagh Farmers Support Group have called on the council to investigate their complaint and add it to the  litany of other alleged planning breaches which they have recorded over the years.

They submitted a list of complaints to the council in July last year, Mr Geoghegan told the Limerick Leader and resent it in December. But they have had no reply.

They had also complained to the Minister for Housing, Planning and the Environment, Eoghan Murphy, who directed them to the council.

Mr Geoghegan believes the revelations about the sea-wall are all the more serious, given that the company has been given permission by the council  to carry out rock-blasting.

Last year, he and the Cappagh Farmers Support Group, objected to the granting of  permission but it was upheld by An Bord Pleanála.

If the sea  wall is in any way compromised, Mr Geoghegan  argued, it could have very serious consequences if rock-blasting were to take place nearby.

“It would be under serious pressure if blasting takes place,” he said.

The spokeswoman for the EPA said that rock blasting is “not currently accommodated for” under Aughinish’s EPA Licence P0035-06. “The Agency is not aware of any rock blasting which is currently taking place within the licensed boundary of the site.  Aughinish Alumina Limited has applied to the EPA for a licence review to accommodate proposed rock blasting activities,” she said.