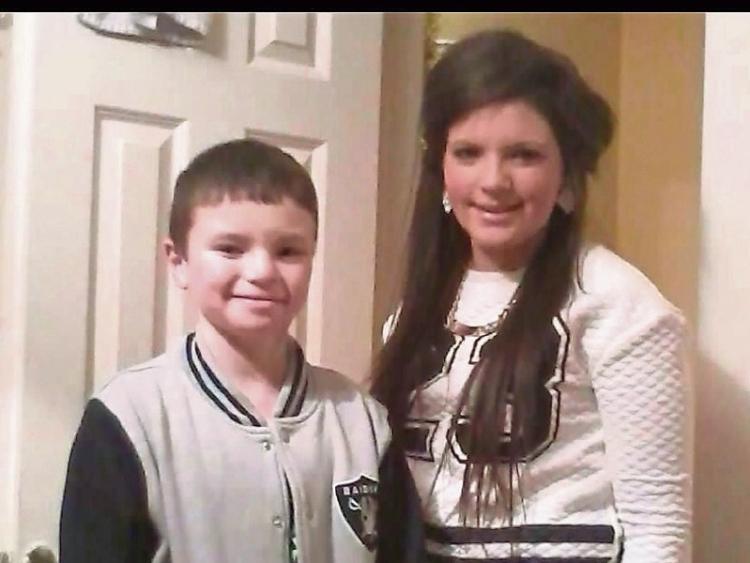 MILLIE and Gavin Murray, who were scarred for life after a horrific petrol bombing attack, have been left outraged at a newspaper article claiming that their family does not believe one culprit “had anything to do with it”.

And in an interview with the Limerick Leader, the brother, sister and their mother Sheila Murray have said the story has reminded them of the trauma of the violent incident that ruined their lives 13 years ago.

In September 2006, a six-year-old Millie and four-year-old Gavin suffered permanent burn injuries after a petrol bomb was thrown into their mother’s car while they were in it.

“There’s nights and there are days when I can’t sleep,” Millie, now aged 19, told the Leader this Tuesday, adding that she gets “flashbacks” to that horrific event.

“It is part of being burnt. I still, to this day, and same with Gavin, do suffer. Our operations aren’t done, but as well as the physical part, it’s the mental part that you have to put up with in your head.”

The monstrous act stunned the nation, prompting urgent calls for criminal reform in Limerick, which laid down the foundations for the Regeneration programme.

Millie, Gavin and Sheila have robustly rejected a number of points in last weekend’s two-page spread in The Sunday World.

In 2007, three teenagers — Jonathan O’Donoghue, John Mitchell and Robert Sheehan — were jailed for their involvement. Sheehan received a lighter sentence of two years as he was acting as lookout during the callous attack. Sheehan was murdered in 2012. To this day, no one has been charged in connection with the murder.

In the interview with The Sunday World last week, Sheehan’s mother Majella spoke of a peace march she is holding for her son, and families of all Limerick people who have been killed, at People’s Park next month.

However, Millie, Gavin and their mother Sheila have been left “sickened” by the article.

The Sunday World writes: “Although he [Sheehan] admitted the charge, the Murray family do not believe he had anything to do with it.”

In response to this claim, Millie Murray told the Leader: “At the end of the day, he was the lookout. Even though he didn’t throw petrol bombs, he was still part of it, wasn’t he?"

Her 16-year-old brother, Gavin, said that he knows “exactly he had something to do with it”.

The tabloid newspaper also made reference to claims that Robert Sheehan dragged Gavin from the car, which had been reported by the media after Sheehan was gunned down at a family wedding in Bunratty on September 2, 2012.

But Millie, Gavin and Sheila deny this claim.

In the interview with The Sunday World, Majella Sheehan said that she wanted to clear her son’s name and that he pleaded guilty “because he was advised he’d be found guilty anyway and get 12 years in jail”.

Speaking to the Leader this Wednesday, Majella said that before her son was murdered, he told her: “Mam, I never had anything to do with it.”

She said that she “never did want it [the petrol bomb attack] brought back up” and that her mission now is to get “justice for Robert” as his murder remains unsolved.

Sheila Murray told the Leader that they read The Sunday World article while they were on holidays.

“The whole family is up in a heap over it,” she said. “I felt sick, and I still feel sick.”

Gavin added: “People will say: ‘Oh yeah, just forget about it.’ You can’t be like: ‘Oh yeah, OK,’ and forget about it. Eight or nine months in hospital for a four-year-old young fella?” he said, adding that they “100%” disagree with some of the claims in the article.

Millie said that contents of the article has brought up “a lot” in relation to the attack that left them permanently scarred.

“At the end of the day, we are the ones living with it. I know there’s a part where you have to leave it go, but why leave it go when we’re the ones that have to live with it?

“Being honest with you, there are people worse off in the world than me. There’s no point saying there isn’t. But I am just baffled by this,” she said, commenting on claims in the article.

According to The Sunday World report, a relative of the Murray family contacted Majella’s sister Caroline, who runs the Facebook page for the peace march, to say that Robert was innocent. However, Millie, Gavin and Sheila have told the Leader that they reject this claim that Sheehan was innocent.

The Sunday World declined to comment when contacted by the Leader.