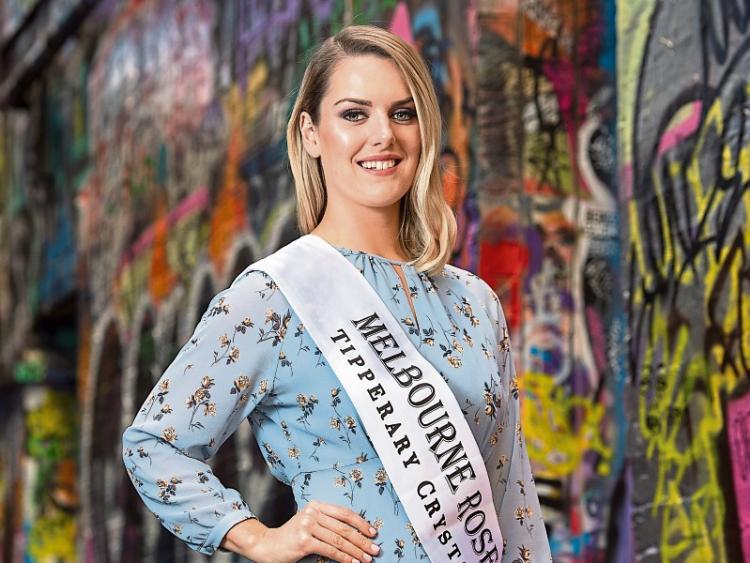 THIS year’s Rose of Tralee Festival will feature several contestants with Limerick connections.

Melbourne Rose, Jordan Balfry, is originally from Caherconlish, and for the past year has been working in a maximum security prison in the Australian city.

The 29-year-old works as a forensic mental health occupational therapist in the facility, but is also undertaking a masters in Food, Nutrition and Health.

Jordan holds a black belt in Tae-Kwon-Do and spends a lot of time on the pitch playing Aussie Rules or marathon training.

Meanwhile, Limerick has even more familial connections to this year’s contestants, with New York Rose, Elena Evangelou’s mother, Katherine Downey, being born and raised in Pallaskenry.

Elena, 22, who was born in Queens and whose father is from Cyprus, has just graduated with a degree in Business Economics and Human Resources from SUNY Cortland.

Though a native to the Big Apple, she has spent many summer holidays with her cousins in Pallaskenry.

“Ireland is my favourite place in the entire world, it has made me the person that I am today. Since my childhood years, I spent my summer days running in the fields of Pallaskenry and taking trips to Ringmoylan Pier with my cousins Ryan, Evin, and Oran,” she said.

“I hope that I will be able to give my children the same Ireland experience that I have had.”

Sheila had an influence on her granddaughter’s gown for the final in the Rose Dome, selecting an Emerald Green number.

Órla, and her dad, Garvan, who now lives in Co Galway, hope that Sheila will join them in the audience on the evening itself.

Garvan is one of a family of 14 born to Sheila and the late Eamonn McDaid who reared their family in Church St, Askeaton where Sheila still lives.

Sheila was a primary teacher in Ballysteen and Askeaton while Eamon worked with Nash’s of Newcastle West and later with Southern Chemicals.

Finally, two Limerick men will also be representing the county on the big night as Rose Escorts.

Project engineer David Brosnan, 24, of Mungret, and Shane Crotty, 30, an optical assistant from Annacotty took part in the annual Boot Camp along the Wild Atlantic Way in Kerry, after which 32 men were shortlisted to accompany the Roses at this year’s festival in Tralee.

The two, who already came through an interview process in April, had to carry out a range of activities including a hike over Carrauntoohill, cliff diving, abseiling, cookery, swimming, kayaking, surfing, ironing and sewing to prove they have the credentials to be a Rose Escort. How many of those skills will be deployed remains to be seen!

Read also: Limerick Rose embarks on once in a lifetime journey