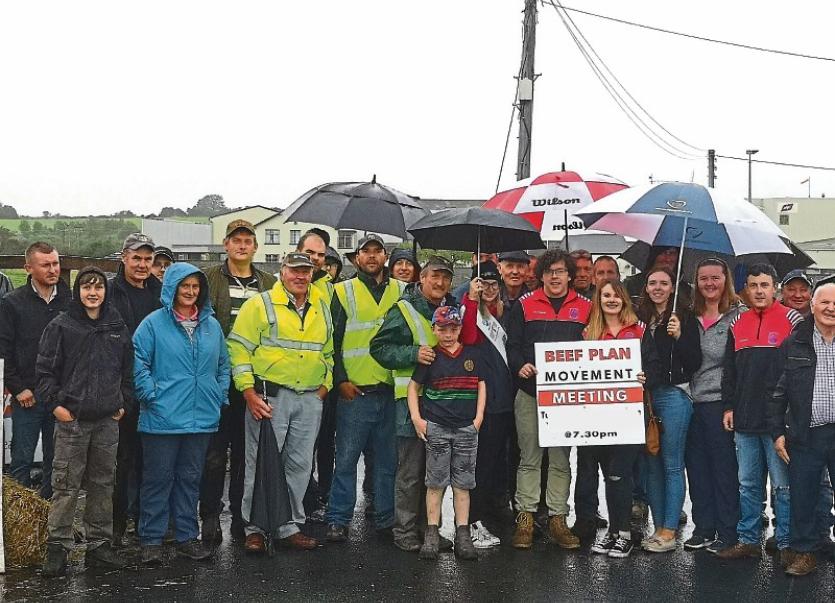 Members of Limerick Macra on the picket at Rathkeale

LIMERICK Macra broke ranks to support its members involved in the countrywide protests by beef farmers at meat processors.

Macra Na Feirme national president, Thomas Duffy had released a statement stating that the organisation was not taking an official stance on the protest but members were free to attend protests as individuals and not as members of the national young farming organisation.

This statement was released within the hour prior to Limerick Macra members assembling at the ABP Food Group, Rathkeale last week.

Macra Na Feirme is an organisation that for the past seventy-five years has prided itself on offering its members as much help and support as possible, from sports and social to mental health initiatives.

Limerick Macra believe that by not offering its support to its young beef farming members it was abandoning them in their time of need and thus going against the very ethos of Macra.

Limerick Macra chairperson Vanessa Crean said “While we understand the decision made by Macra Na Feirme nationally, we as Limerick Macra pride ourselves in our care for our members, our communities and our own support network of past members and neighbours.”

The Limerick Macra chair was clear to state that they do not support any untoward behaviour but were there to respect the right to peaceful protest in a bid to highlight the plight of Irish beef farming.

‘’While we fully support our own members exercising their rights and peacefully protesting, we do not condone any adverse behaviour of individuals associated with the protest,’’ said Ms Crean said.

A recent post on social media by Limerick Macra accompanied by a photo of Limerick Macra club and county representatives was praised by people across the country, with the local organisation being commended for doing what they believe in and actively standing with their members and local community.

Read also: Limerick Beef Plan thanks farmers and supporters at protest in Rathkeale