Limerick Beef Plan thanks farmers and supporters at protest in Rathkeale 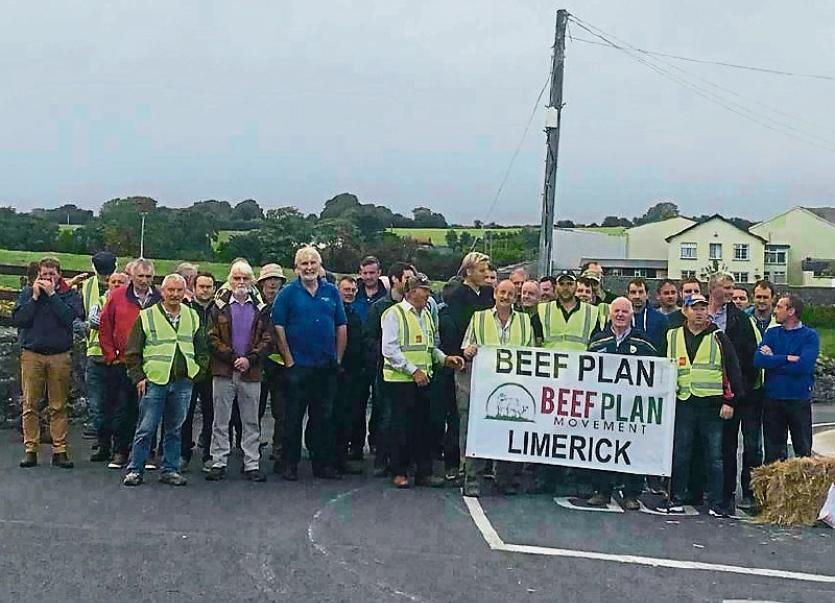 THE Limerick Beef Plan committee thanks all involved in maintaining a peaceful protest outside ABP Rathkeale for two weeks.

It was co-ordinated by county secretary, Sean O’Connell.

“From the protestors who manned the picket line 24/7 to the people who showed support by dropping up food to the gardai. We would also like to thank the Healy Rae brothers, Michael and Danny who dropped by on several occasions to show their support and Martin Ferris.

This was a great boost to morale. Most of all we would like to thank the farmers who kept their cattle at home over the 12 days of the protest,” said John Moloney, Limerick Beef Plan PRO.

He said this was not easy for most farmers but “hopefully we will achieve gains in the future for all farmers”.

“The beef kill was reduced a further 48% last week on top of the 17% the previous week. We have shown the meat processors that farmers can work together and will in the future. We must now support our negotiating team in getting a better deal for farmers,” said Mr Moloney.

Talks are set to resume between farming organisations and Meat Industry Ireland this Monday.