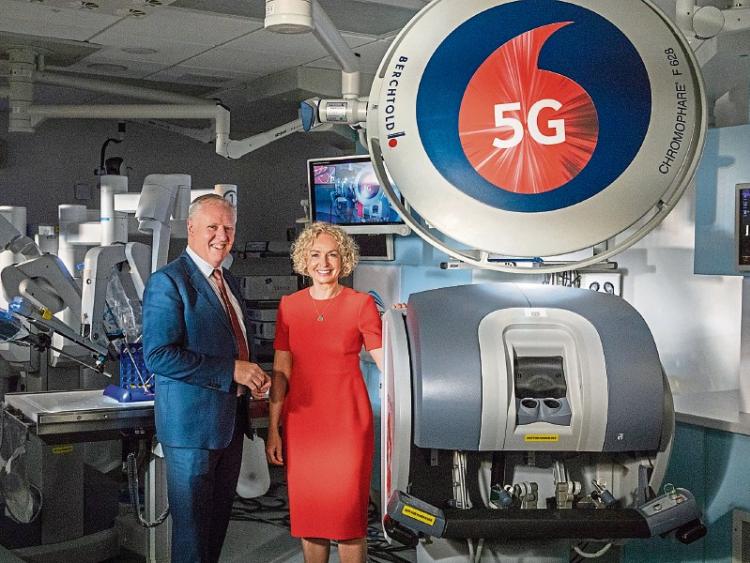 The company has confirmed the 5G network is now live in Limerick city and that the first handsets will be available to buy from Wednesday morning.

5G is the next generation of mobile data connectivity which is capable of considerably faster downloads than existing 4G and 3G technology.

The network is also live in parts of Dublin, Cork, Galway and Waterford and will be expanded to other parts of the country over the coming months.

It can also handle larger volumes of data, which is seen as increasingly important as more internet-connected and smart devices come to market.

5G connectivity holds endless technological possibilities for AI, IoT, connected cities and more. We’re honoured to be at the forefront of these advancements #ThisIsVodafone5G pic.twitter.com/6VlUCMqnyw

Using Ericsson Radio System, this game-changing network will support many other new technologies - including artificial intelligence, the internet of things, connected cities and self-driving cars.

“This is truly a historic occasion for everyone at Vodafone. As a business, we have spent the last 18 months preparing the groundwork for the launch of Ireland’s first commercial 5G network and today we begin our switch-on in locations in Dublin, Cork, Limerick, Galway and Waterford,” said Anne O’Leary, CEO of Vodafone Ireland.

“5G is set to revolutionise how we use and adopt technology and will have a huge impact on businesses and society in Ireland. It will bring high speed, ultra-low latency and highly secure connectivity to a massive amount of devices; and is a technology that will unlock a vast array of new use cases through Vodafone’s next-generation network,” she added.

Vodafone Ireland bill pay customers have the option of purchasing a Huawei Mate 20X 5G in retail stores or online from August 14 or can pre-register for a Samsung Galaxy S10 5G, which is available to buy August 30.