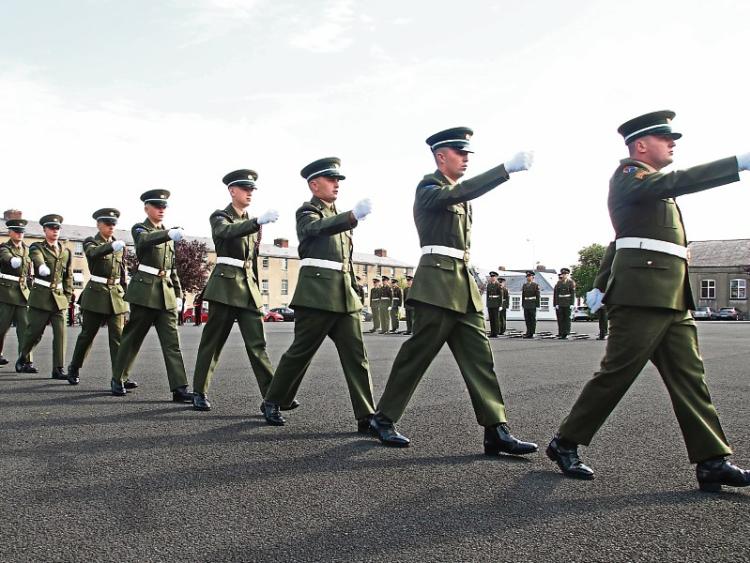 TWO young Limerick men stood proudly, shoulder to shoulder, with 25 of their fellow recruits for the Passing out Parade of the 154th Platoon of the Irish Defence Forces.

The parade, which saw a gathering of family and friends, marked the conclusion of 15 weeks of “intensive and demanding” training.

Among the 27 new recruits were Denis Murphy, 25, from Abbeyfeale and Sean Quinlivan, 22, from St Mary’s Park.

Speaking to the Limerick Leader, Recruit Quinlivan explained his decision to join the Irish Defence Forces:

“It has always been a dream of mine, so I followed through on it,” said the young recruit, who was joined by his family, including his young daughter, Macie Quinlivan.

“My favourite part of the training was the ground phases and the weapons handling. My least favourite parts were probably the battle PT’s (practice tests),” he added.

Denis Murphy, a graduate from the University of Limerick, is one of the oldest Recruits in the 154th Platoon at 25.

“I joined for the challenge. Also to go overseas, and parade around here in a nice uniform,” Denis joked.

“I love formal occasions, so I loved today, I was made for this,” he added.