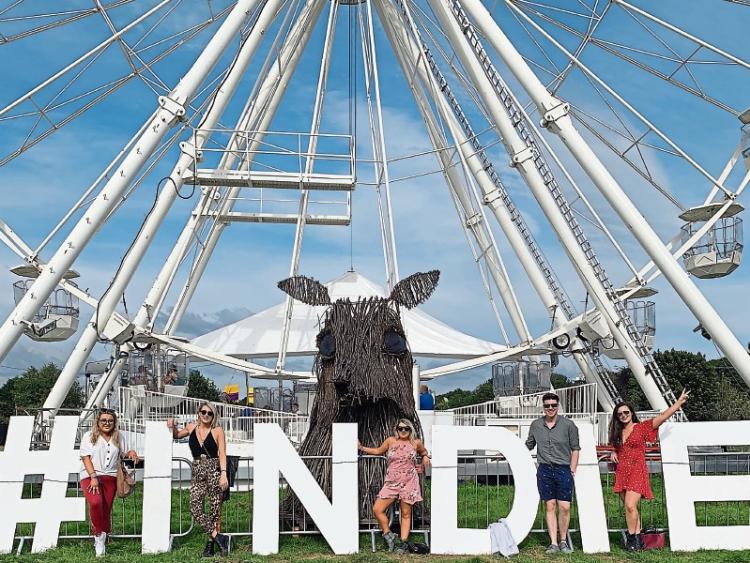 Celebrating its tenth year at Deer Farm in Mitchelstown. One of Ireland’s festival success stories over the last decade, INDIE has grown over the years from its initial three thousand capacity into a fully-fledged summer spectacular attracting over 15,000 people.

I took in the festivities on Friday and as expected, it rocked!

Indie has always been a great supporter of up and coming Irish artists, and right across the weekend line up some of the best existing and rising stars could be seen! As well as our homegrown talent, the festival attracts some of the world’s biggest stars! Headline acts included Lewis Capaldi, Bastille, Cat Fish and the Bottlemen and Biffy Clyro!

I was very lucky to catch up with some of the artists back stage before and after their sets, I have recorded some very cool interviews that I am excited to share with you on Spin South West this week! Arriving to Indie Friday afternoon I did my best to squeeze as many acts as possible into my schedule. The first set I watched was from the incredibly talented Irish pop star LAOISE. I have been following LAOISE over the last year and for a 22-year-old college graduate from Galway, it’s safe to say the music world is her oyster. Performing at Lollapalooza in September and following that with a headline gig in London. LAOISE is one to watch for 2020!

Norwegian beauty, singer and songwriter Dagny took to the mainstage at 8pm! This was my first time seeing Dagny live but as expected she did not disappoint! Her set included lots of new music, I loved her latest release “Hit your heart’, but the biggest reaction came when she belted out her smash hit “Love you like that’.

Lewis Capaldi, was next to the stage, again this was my first time seeing the Glaswegian live! I had managed to catch him for a brief chat before his set and as expected the funny man was hilarious and completely laidback when it came to discussing his set, but as always he blew the crowd away with his incredible vocals and sing-a-long ballads!

The night was topped off in style with a simply flawless performance from Bastille!

The indie rock/pop group fronted by lead vocalist Dan Smith captivated us with their smash hits and powerful ballads, leaving everyone wanting more.

The television series that dominated our lives for eight weeks came to an unexpectedly special end last week!
Little did we think when we threw our Spin South west launch party at the beginning of June that we would be back in 101 O’Connell Street cheering for a Limerick man to win the title! Greg O Shea entered the love island villa only two weeks before the finale. He stole the heart of Amber Gill and I think it’s fair to say he won the public over too with his genuine charm and likeability!
To mark the finale, Spin South West threw an exclusive Love Island “SPINALE’ in 101 O’Connell street. Over 150 lovely listeners joined us in celebrating the unique victory for Limerick on the night.
The party was love island themed and included a special “Greg’ cocktail for all of our guests!
The ITV smash hit series catapults Greg and Amber to new heights, between public appearances and fashion deals the pair are rumoured to earn a six figure sum each this year!
We wish Greg every success, and are very proud to be represented by one of Limerick’s finest!
Roll on the homecoming!

The latest addition to Limerick’s Milk Market, a snazzy silver truck serving a choice of Sushi rolls or bowls! Very cool and very tasty, Soul Roll is an exciting new trader- I recommend you check them out!

August 9- 10; Listowel: Sharon Shannon, Mundy, Sinead O’Connor, Finbar Furey… A celebration of the best in trad Ireland has to offer. Revival festival will be a lot of fun! I have tickets up for grabs on Spin Hits every day this week! Tune in to win!