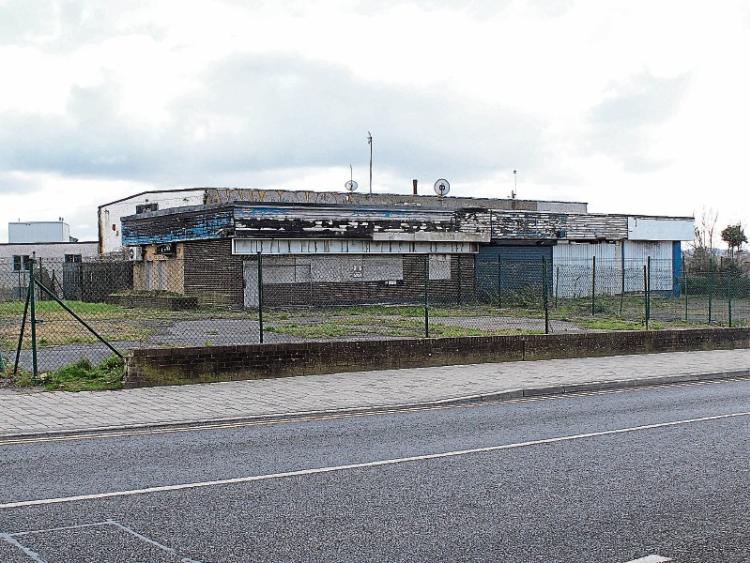 The site, opposite Punch’s Cross, where a towering student block is proposed. It’s now covered in hoardings | PICTURE: Michael Cowhey

A COUNCILLOR has warned the building of 30 ‘buy-to-rent’ apartments in the city could see “cuckoo funds” swoop in – and lock would-be homeowners out of the market.

And he wants to see a limit​ placed on how many homes speculators can actually purchase.

Developers are planning a seven-storey 325 bed facility at the site of the former Dan Ryan’s garage, with 30 build-to-rent apartments on top of this.

As more than 100 living spaces are scoped, the application has been fast-tracked to An Bord Pleanala under legislation aiming to speed up the delivery of homes in Ireland. However, the scheme has proven unpopular among residents who are concerned at its height of seven storeys, the impact of extra traffic, and concerns with respect to its previous uses of a petrol station and quarry.

This week, councillors met to discuss the application, and formulate their own submission to the national appeals body, in the form of a chief executive’s report.

Cllr Collins is fearful these funds will purchase these buy to rent apartments, not only preventing new homeowners, but also possibly further increasing the rental prices here.

“It’s a growing problem now where international funds come in and buy apartments en-bloc. They have been dubbed cuckoo funds as they push first time buyers out of the market, depriving them the chance of buying an apartment,” he said.

”I’ve called before for a limit on the number of apartments in any one development that can be bought by one owner. I think allowing cuckoo funds to buy 30% of a single development is bad policy and bad for first time buyers,” Cllr Collins added.

Labour councillor Joe Leddin said: “It’s unfortunate this decision is being made by An Bord Pleanala. It puts views of the local authority and its elected members to one side. It’s being handed up to a faceless group which is answerable to no-one.”

Cllr Daniel Butler, Fine Gael, said he has “huge concerns” at the plans to make the Rosbrien Road a three-lane street as part of the project.

“It beggars belief how we can allow this to happen. We need to have a controlled junction there,” he told the meeting.

He expressed concern at the “social mix”, with more than 300 students moving on site.

But Fianna Fail councillor Abul Kalam Azad Talukder said: “Students are not outsiders. They are our family. Limerick has a good name as a student city and we need to make them feel welcome.”

Social Democrats councillor Elisa O’Donovan, who lives in O’Connell Avenue, was one of the objectors to the development. She pointed out there are a number of existing land sites which could be utilised for student accommodation – highlighting the Westbourne site at Courtbrack Avenue. The council will submit its views to An Bord Pleanala shortly, with the appeals body expected on the plans by October 7 next.