Actor Dominic West pulls in the crowds to Limerick village 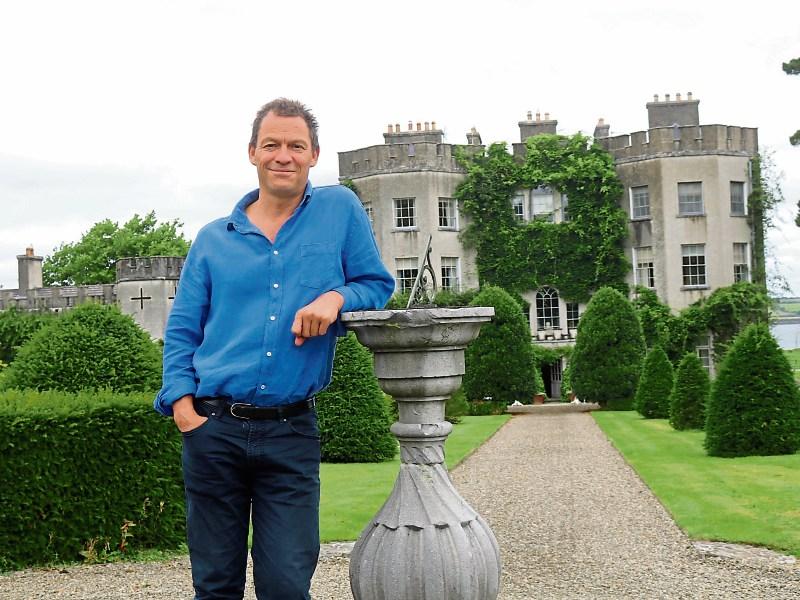 FILM and TV star Dominic West has once again proved his star pulling power and in two, sell-out performances in Glin Castle will sprinkle some of his Hollywood magic dust on an upcoming new production of the Colleen Bawn tragedy.

He will be the narrator and take on the role of the 24th Knight of Glin, John Francis Fitzgerald, the so-called Ridire na mBan in the dramatic retelling of the tragic murder of young West Limerick girl, Ellen Hanly.

Demand for the play,  to be staged in a marquee in the grounds of  Glin Castle on September 9, was so overwhelming, a second performance was added which also sold out.

And while up to 800  people are now looking forward to seeing and hearing Dominic on stage with local actors, another 100 people are living in hope of cancellations.

“We could have sold out every night for a week,” said John Anthony Culhane, chairman of Glin Development Association which is hosting the event. But Dominic West, who featured in The Wire, The Affair, Punisher and most recently  in Les Miserables and who is unquestionably the main attraction, is only available for two nights.

The association wanted to mark the bicentennary of Ellen Hanly’s murder by drowning but also wanted to raise funds for an interpretive centre to be developed in the local library building.

“It is very exciting,” said Eleanor McSweeney, who lives in Loughill and who is producer of the show. Joe Murphy, the former manager of St John’s Theatre and Arts Centre in Listowel, has written the script and is the director.

“We were casting last week,” Ms McSweeney said, “and had our first proper rehearsal this week.”

It will, she predicted be a very atmospheric show. It is also, she said, “very different.” “Normally with a production this big, you would be starting months in advance. But given the time constraints, we have only five or six weeks,” she explained. The story, she continued, will be told in short scenes, punctuated with music, songs and dance that reflect and add to it.

Róisín Noonan from Loughill will play the central character of the Colleen Bawn, while

Seán McGillicuddy, a professional actor from Listowel, will play John Scanlan, the man who tricks and  seduces her and ultimately leads her to her death. Pat Sheahan has been cast as Scanlan’s servant Stephen Sullivan and Pat’s brother, Cllr John Sheahan, also has a role, in introducing the young Ellen to Scanlan.

“I am delighted to be sharing a stage with Dominic West,” said Cllr Sheahan, who is Fine Gael party leader in Limerick City and County Council. And he paid tribute to the Fitzgerald family and to Dominic West for their warm embracing of this dramatic undertaking.

Other cast members will include members of the Abha Bhán Players as well as musicians, dancers and singers from the locality, among them Laura Enright who took part in Voice of Ireland.

The Adare Gospel Choir will also perform as part of the evening’s entertainment on September 9 and 10 which includes a wine reception.

Glin Development Association is also hosting an Open Day at Glin Castle on Sunday, August 25 with  tours of the garden and castle as well as refreshments on offer.