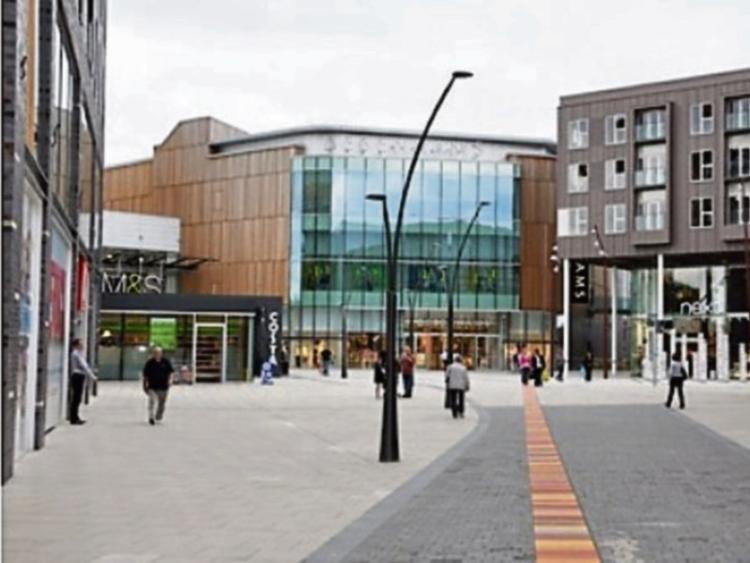 A design produced in 2013, under the Limerick 2030 programme for the new city square

LIMERICK is set for a massive jobs boost in the next three years with the redevelopment of Arthur’s Quay set to deliver at least 400 new roles.

Following the news that Marks & Spencer will become the anchor tenant in a newly redeveloped Arthur’s Quay, the Limerick Leader can now reveal that a number of other “flagship stores” are in talks to open in the area.

“It’s already having a ripple effect with a number of flagship stores indicating their interest in joining Marks and Spencer in the new development. We are now in a position to bring it to the next level,” Mark Tiernan, of Tiernan Properties said in an exclusive interview with the Limerick Leader.

The plan – worth some €60m – will also see a big jobs spin-off in the construction sector.

The deal will involve a land swap and a remodelling of the current Arthur’s Quay structure. A new city square would be developed as part of the plans, as has been previously envisaged in the Limerick 2030 blueprint.

Crucially, there will be no detrimental effect on the positions of the 300 staff who work in the shopping centre, which is anchored by Tesco Ireland.

Dee Ryan, the chief executive of the Limerick Chamber said: ”This is the most positive period we have had for the city in a long long time, perhaps if ever. We all need to work together to make sure the Arthur’s Quay development happens, to make sure other major investments planned for Limerick do likewise.”

”The future for Limerick is looking really bright,” she added.

The new Marks and Spencer store will be in excess of 50,000 square feet, and will cover a number of floors. It will include all the clothing and food departments which have made the store so popular in Dublin, Cork, Galway and other locations across Ireland and Britain.

If planners give the programme the go-ahead, it’s likely the redevelopment of Arthur’s Quay Park will incorporate a new road and an extra 200,000 square feet of mixed use space in the centre.